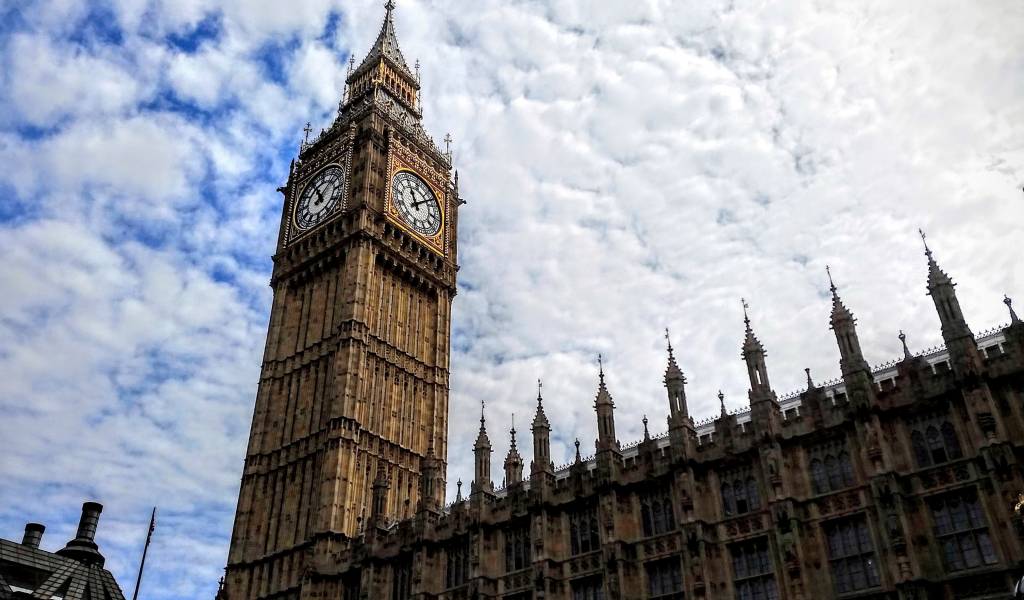 How to Spend a Weekend in London for Less Than £75

London is renowned for being one of the most expensive cities in the world. But if you follow our itinerary, you can have a weekend here for less than £75.

This should cover everything from when you step off the plane to boarding again, and takes in the major sights plus a little bit of insider knowledge. And you’ll definitely sleep all the way home…

We’ll assume you’ll arrive at Heathrow, so get yourself an Oyster card at the Transport for London office. You’ll need to pay £5 deposit but you can get that back when you leave. Load it up with £35.40 for the weekend—that money will come in handy later on…

You can use your Oyster card on all forms of public transport, and don’t worry about running up a huge bill—there are daily fare caps built into the system.

Get the Piccadilly line to Leicester Square and go for an explore around bustling Soho. This is where London goes to unwind after a long week at work—and get pretty drunk. Take in the lights of West End theatres, dodge Chinatown’s waiters trying to entice you into their restaurants, marvel at the bizarreness of M&Ms World in Leicester Square. Most of all: just people watch.

While you’re wandering, it’s time to pick up tomorrow’s breakfast—and an evening snack, if you fancy. Most supermarkets discount their pastries towards the end of the day. There are branches of Tesco, Sainsbury’s, the Co-operative and Waitrose all over London and you should be able to find a croissant or pain au chocolate for as little as 15p. If you sign up in advance for a myWaitrose card, you can also get a cup of free tea or coffee. Pick up a bottle of water here too, as supermarkets tend to be cheaper than sandwich shops.

At some point you’re going to want something more substantial for dinner. You’re in Soho so you’re not short of dining options. You could enjoy falafel and hummus at Charing Cross Road institution Gaby’s Deli for £5.80; Kati Roll on Poland Street does fantastic Indian wraps and masala chai for under £5; or Franco Manca on Berwick Street makes a mean tomato, garlic and oregano pizza for £4.50.

If you’re wondering where to sleep*, this is where that loaded up Oyster card comes in handy. From 19 August 2016, certain tube lines will run all night on Fridays and Saturdays. At first, the only journeys last about 40 minutes (though there’ll be plenty time spent on the train waiting at the terminus at either end) on the Central and Victoria lines.

However, once the Piccadilly line starts running you’ll be able to travel the 90 minutes between Cockfosters (never stops being funny) and Heathrow. We don’t expect you’ll get huge amounts of sleep at first, but think of this as a good opportunity to chat with Londoners on their way home.

(A technicality: your Oyster card will time out if you don’t tap it on a reader every now and again, and you could get fined. After 7pm on Friday and for the rest of the weekend, you can spend two hours in the system without passing through a barrier. So at the end of each journey you should nip out and back in again.)

Have a shower at King’s Cross Station (£5, soap included) before heading to the British Museum. You can catch the Piccadilly line to Russell Square or you can stroll there in less than 30 minutes, passing the splendour of St Pancras Station (where they filmed Harry Potter), the British Library and Bloomsbury’s garden squares.

The BM is the best museum London, and perhaps the world, has to offer—and it’s free! It does get very busy, so it’s best to fall in with the doors at 10am and head straight to the Egyptian mummies and ancient Greek and Roman sculpture. Don’t forget to look up and admire Norman Foster’s beautiful courtyard in the centre of the building.

(The museum doesn’t allow bags larger than a standard backpack, and be prepared to put it into the cloakroom anyway. Cost £1.50)

Take another stroll through Covent Garden to Trafalgar Square, saying hello to Nelson’s Column, the famous lions and a load of pigeons. Head into the Tesco on the corner and pick up a lunchtime meal deal: a sandwich, snack and drink for £3. Then walk down Whitehall to see the Houses of Parliament, Big Ben and Westminster Abbey.

You’ve probably had enough of walking by now, so hop on the Circle or District line at Westminster Station to South Kensington. This is museum mile, and you can choose to visit the V&A (if you like sculpture and fashion), the Natural History Museum or the Science Museum (if you like earthquake simulators). All are free to visit.

By this point you’re probably pooped. If the weather’s good, walk up to Hyde Park past the Royal Albert Hall and Albert Memorial and chill out for a while. If it’s raining (and this is London, after all), get on a number 14 bus heading towards Warren Street—it stops outside the V&A. This bus takes you along Hyde Park, past Harrods and through Piccadilly Circus.

Get off at Tottenham Court Road and head for one of the Sam Smiths pubs in the area. Sam Smiths is a brewery in Yorkshire and runs a number of pubs in London, known for their pleasant decor and cheap beer. Try The Bricklayer’s Arms at 31 Gresse Street, The Angel at 61 St Giles High Street or The Blue Posts at 81 Newman Street.

After your refreshing pint, you’re going to east London for dinner. Get the number 8 bus from Tottenham Court Road to Brick Lane, London’s famed curry mile. As we explain in this article, it’s possible to get a full meal for under £10.

At the end of the day, it’s time to head back into the tube system again. Happy napping.

You might have noticed we didn’t take you on a pastry-buying detour yesterday. That’s because you’re starting today with a traditional British bacon butty. Go to London Bridge (you don’t need a shower, you’re going home tonight) for The Breakfast Club on Southwark Street, which opens at 8am. Tuck into their butty deal and enjoy a bacon or sausage sandwich with a cup of tea or orange juice for £5.

Afterwards, amble along the Thames, passing Shakespeare’s Globe, to Tate Modern. It opens at 10am, entrance to the permanent collection is free and there’s a cloakroom where you can stash your bag (remember to collect it before the gallery closes again at 6pm!). The building is as much a draw as the art—it’s an old power station, and the central turbine hall is always filled with interesting installations. Before you leave, head up to the new viewing level for 360 degree views across London.

Then cross the Millennium Bridge (which thankfully doesn’t wobble any more) and admire St Paul’s Cathedral, Christopher Wren’s masterpiece. There’s a branch of Boots at the rear of the cathedral where you can pick up another meal deal (from £3.29).

The City of London largely closes down on the weekends, which makes it a perfect time to investigate the alleyways that still follow medieval street patterns. Guildhall Art Gallery, off Gresham Street, not only has some wonderful artworks but there’s also the remains of a Roman amphitheatre in the basement (free entry, open Sunday 12pm-4pm). You can also see bits of Roman London, including parts of the old city wall, at the Museum of London. This is free too, and open 10am-6pm.

By this time you’ll probably need to head back to the airport, sleepy, but you’ve definitely immersed yourself in what London has to offer.

* If you’d rather stay in a bed than nap on the tube, there’s a well-rated youth hostel next to St Paul’s Cathedral where you can stay Friday and Saturday for around £20 per night, depending on the season. That will also shave around £10 off your total travel bill for the weekend and you won’t need to pay for a shower.