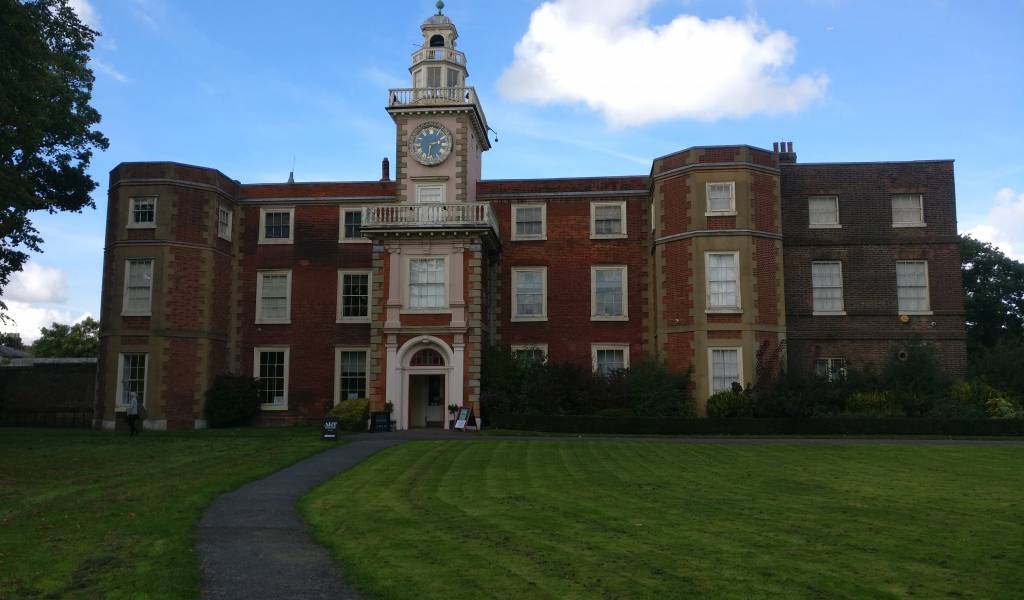 Most people would be forgiven for mainly associating Tottenham with football and White Hart Lane Stadium, but the surrounding area is much greener and more historic. Which is why it’s worth making a trip to North East London to visit Bruce Castle Museum and Park—you’ll uncover hidden gems and stomp through marshes.

Bruce Castle is a former manor house in Tottenham. Part of the land used to belong to the House of Bruce family of Scotland, but when Robert the Bruce was crowned King of Scotland in 1306 the English Crown snatched it right back.

A scant couple of centuries later, it was owned by William Compton, a close pal of Henry VIII, (very close, his job at the King’s court was ‘groom of the bedchamber’). He had an extension added to the castle, which is the impressive Tudor Round Tower (possibly to house falcons) that stands alongside the main house to this day.

In the late 1500s, it was used as a refuge against the bubonic plague. Another owner, Hugh Hare died in the house after choking on a turkey bone.

In the 1800s, the Hill family opened a prestigious school for boys. Bruce Castle School was visited by Charles Dickens and Charles Babbage.

After the school’s closure in 1891, local philanthropist Joshua Pedley bought it and persuaded the Tottenham Local Board to buy it for public use, so it became the area’s first public park—and the building has been a museum since 1906.

The museum is free to enter. Once there, you can see artwork by local artists in the Round Tower, and a violinist was playing when I arrived. It was over the London Open House weekend, so I’m not sure how normal that is.

It’s not a huge museum, but it is also home to the Haringey Local Archives (open by appointment) for those who want to dig deeper into local history and find out more about places like Alexandra Palace, one of Haringey’s (and London’s) best-loved landmarks.

This is very much an old-school, analogue museum. Exhibits include old Royal Mail artefacts (owing to the building’s connection to Sir Rowland Hill, postal reformer), WWII war effort posters and replica old wartime offices. There are also lots of local landscapes and paintings by the painter John Bonny on display that show a much more rural life before the football stadium came along.

A room dedicated to gadgets, engineering and machinery is the only really interactive element. Sadly, some things were broken, and it doesn’t look like they have been updated for some time. That being said, there is a certain charm in an exhibit that invites you to play the Jazz Bagpipe Machine, although that sound may be an acquired taste.

The grounds aren’t huge, but it is a pretty and well-kept park which is home to a 500-year-old oak tree.

Once you’re done at the museum, wander over to the ancient marshes by the River Lee for a walk on the wild(life) side. It’s about a 20-minute walk, and once you’re there you’ll be greeted by vast grassland and shrubland which is home to kingfishers, field voles, kestrels and reed warblers.

Tottenham Marshes is good for exploring on foot or bicycle, and it connects to the River Lee towpath which is eight miles long and ends up at River Lee Country Park.

In late summer, you can pick blackberries that line the canal, and the marshes also have their own apiary for local beekeepers.

Bruce Castle Museum is open Wednesdays to Sundays from 1 pm to 5 pm, so it might be worth starting at the marshes and ending up at the museum if you’re visiting in autumn or winter.

Getting to Bruce Castle Museum and Park

The nearest station is Bruce Grove (20 minutes on the Overground from Liverpool St) or Seven Sisters tube on the Victoria Line, then a short bus ride on the 243.

And for more hidden London, take a look at:

While we do our best to ensure it’s correct, information is subject to change. Post first published in May, 2018. Last updated in December, 2020.