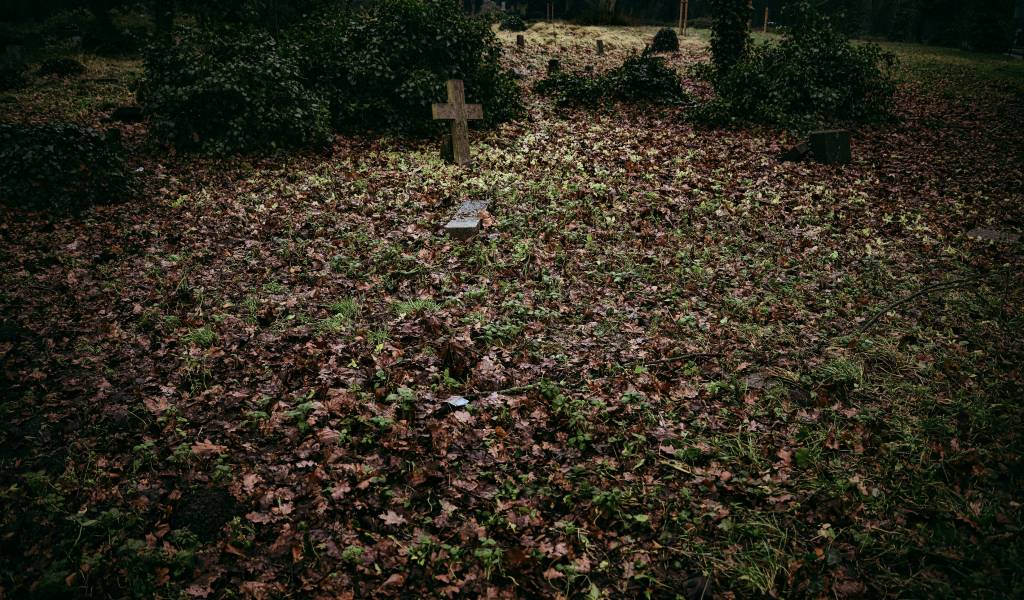 In London, ‘The Magnificent Seven’ is not a western, but a ring of opulent cemeteries built in the 19th century—though it was given that name by architectural historian Hugh Meller in the 80s as a nod to the film. While many Londoners and visitors know of the Highgate and Brompton cemeteries, there is one which is little different and less well known than the others: Abney Park.

Unlike some of the more famous of the seven, Abney Park Cemetery in Stoke Newington is completely free to visit. It’s more overgrown and wild than some of the others, as it’s also a nature reserve, making it perfect for exploring.

Getting to Abney Park Cemetery

Stoke Newington doesn’t have a tube, but it is on the Overground from Liverpool Street (about 30 minutes) or you can catch a bus. You can get either the 73 (from Victoria via Oxford St and Angel) or the 476 (From Euston) which both stop right outside.

The grim story behind the creation of Abney Park and the other graveyards of The Magnificent Seven is that in the early 1800s, London’s rapid population growth meant there was no more room in inner-city burial grounds. There was no more space to bury the dead, and bodies were piling up. Pretty horrible, right?

Parliament passed a bill to encourage the establishment of new, private cemeteries and lo, within ten years, seven had been established.

On a lighter note, the site Abney Park sits on was formed from two estates of Fleetwood House and Abney House, the latter of which was the home of renowned non-conformist and hymn writer Isaac Watts. As a result, it became a prominent burial ground for dissenters—those who practice outside of the established church.

It was also laid out as an arboretum, with over 2,500 species of plants and trees including oaks, pines and thorns inside.

By the 1970s, the site had fallen into disrepair and was abandoned. Hackney Borough Council took it over, and the ramshackle nature remained which gives it the spooky, and charming atmosphere that lures people in today.

As you make your way round the cemetery, you’ll pass wonky, moss-covered graves and winding paths. But not all gravestones are lying in eerie decrepitude; there are plenty of fine examples of gothic opulence and tombs of the notable individuals interred within them.

Abney Park Cemetery has been used as a filming location many times, including for 90s film I Hired A Contract Killer, the Amy Winehouse video for Back to Black and more recently, it was a stand-in for Highgate Cemetery in The Walking Dead.

The whole place is a gift for photographers and film crews, particularly the neo-Gothic chapel which soars high above the grounds, and has only recently been restored and is open for public use, after being shut for more than 30 years due to a fire.

As a nature reserve, Abney Park Cemetery is also great for spotting various wildlife, trees and plant species. The park is home to bats, birds and butterflies, as well as fungi like the bright and brilliant Yellow Brain fungus that puffs itself up when wet.

You can spot all of this stuff on at your own pace, but if you want to find out more secrets of the park and encounter more nature, we recommend joining one of the monthly guided walks on the first Sunday of each month (paused during COVID-19).

Alternatively, you can download one of the Abney Rambles for an immersive audio guide to listen to as you make your way round.

Events and activities in Abney Park

There are lots of things to do besides walking. The volunteer-run park puts on a regular programme of events (in normal times, anyway). So if you fancy polishing up your craft skills with a bit of spoon whittling or stone carving, you’re in the right place (disclaimer, these activities are not the cheapest, around £50 a pop, but family tickets are £25, so having multiple whittlers is more cost-effective!).

Abney Park also hosts art events, markets and lectures. For those brave enough for a spooky and nocturnal experience, you can see things like Edgar Allen Poe (former Stoke Newington resident) inspired story performances, and theatrical renditions of Grimm’s Fairy Tales. For those who are a little fainter of heart, there are music concerts too.

For daytime activities, visit between 8am and 5:30pm (this varies throughout the year). If you fancy seeing something at the dead of night, check the website or Facebook page.

While we do our best to ensure it’s correct, information is subject to change. Post first published in November, 2017. Last updated in September, 2020.