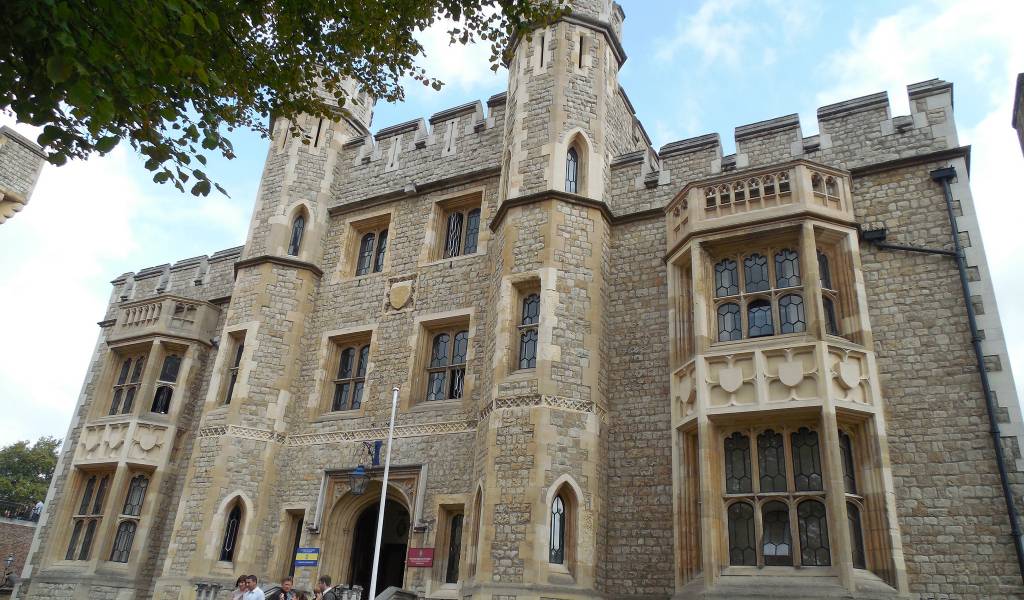 London Historic Sights for £20 and Under

London’s history spans 2000 years, and you can delve into its rich past for a pauper’s penny by visiting historic sights for under £20. In fact, most of the places listed here come in closer to a tenner.

From the ancient days of the Romans and the Anglo-Saxons, through to the Gothic grandeur of the Victorians, discover the secret stories and hidden horrors that lie beneath old stone for a modest sum.

One of London’s most infamous buildings, with a grisly past, you can still see ‘Entry To The Traitors’ Gate’ painted ominously outside. These days it houses Beefeaters, Ravens and The Crown Jewels. At 1000 years old it’s one of Britain’s most famous and visited sites.

Tucked just off Fleet Street, is St Bride’s Church that genuinely earns the oft-used phrase ‘steeped in history’. Also known as the ‘Journalists’ Church’, St Bride’s is where Wynkyn De Worde brought one of the earliest printing presses in 1500.

It was also the parish church of Henry VIII, where famous diarist Samuel Pepys was baptised. The original building was destroyed during the Fire of London and the rebuilt building was designed by Sir Christoper Wren in 1672.

There’s plenty to keep you interested by taking a tour here. However, beneath the beauty of the main church lies another thousand years of hidden history. The crypt had been sealed up in 1845 and  only re-discovered when the church suffered damage again during the heavy bombing during the Blitz. Now the crypt is a major exhibition filled with 19th-century iron coffins and ancient relics.

London may be a far cry from Venice, but you’d be surprised how much of the city you can take in by boat. There are great views to be had of sights like St. Paul’s Cathedral, the Houses of Parliament and the Tower of London. What’s more, since you can hop on and off at London’s busiest tourist spots, it’s easy to build a day plan around London’s rivers.

This massive wall defined the shape of London from around 200 AD and is one of the largest constructions carried out by the Romans in Britain.

You can navigate your way around its surviving sections starting east at Tower Hill, where some of the tallest fragments stand. From there, wander past Aldgate, Bishopsgate and the wall’s north side at Moorgate, Cripplegate and West Cripplegate where you can see the remains of the old fort. Finally, head south towards Newgate, Ludgate and Blackfriars. Follow the route on Google Maps.

The Guildhall Gallery is home to the ruins of London’s only Roman amphitheatre, which was unearthed in the late 80s and  can be visited in the basement of the gallery. This wooden amphitheatre saw crowds gather to watch gladiatorial battles, fighting beasts and public executions.

There is a 360-degree tour and visitors can get their hands on roman antiquities for free at object-handling sessions with trained archaeologists between midday and 2:15pm

The gallery itself has a collection of artworks including Pre-Raphaelite masterpieces and 17th-century portraiture.

What do Karl Marx, George Eliot, Malcolm Mclaren, Douglas Adams and Jeremy Beadle all have in common? They’re all interred at Highgate Cemetery, which is a landmark for tourists, and not just gothy types with poetic hearts.

Aside from the famous people buried here, it’s no ordinary cemetery. It’s massive for one thing, divided into the East and West. You’re free to visit the East Cemetery without booking a tour (which mainly run on Saturday afternoons at 2 pm), or you can arrange for small group tours by calling them on 0208 347 2475.

For those wishing to (forgive me) dig a little deeper into the site’s history, head to the West Cemetery for winding walkways, and impressive architecture including The Chapel, Collonade, Circle of Lebanon, Egyptian Avenue, Mausoleum of Julius Beer and the Terrace Catacombs.
Monday-Friday tours can be pre-booked five weeks in advance, but on weekends it’s first come, first serve every half hour from 11am-4pm.

It’s worth noting, tickets to this tour will also gain access to East Cemetery but not vice-versa, so if you’ve got the time, then go for that option to get the most from your visit.

Enter the former home of one of London’s most celebrated authors. This Bloomsbury House was Charles Dickens’ family home, where he wrote Oliver Twist, Pickwick Papers and Nicholas Nickelby.

Explore his study where you can see handwritten drafts of his works, the family bedchamber and the servants’ quarter.

There are several exhibitions and storytelling events on throughout the year, definitely worth a look for bookish types.