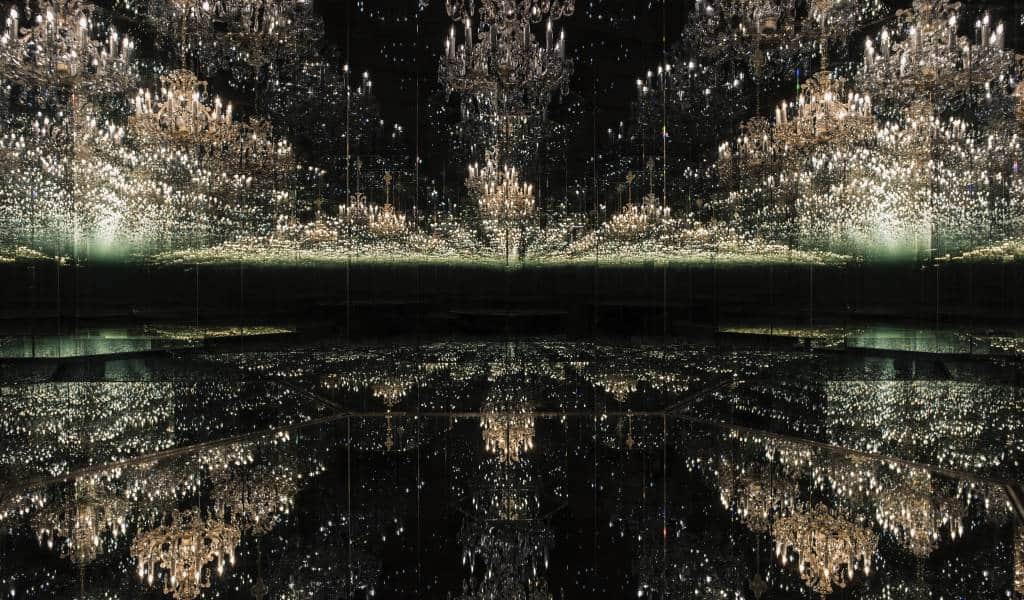 London’s biggest contemporary art gallery celebrates its 20th anniversary this May. Nearly 100 million people have visited the Tate Modern since it flung open its doors on 11 May 2000. That makes it one of the most visited museums of modern art in the world.

What to see at Tate Turns 20

There will be a day of special programming across the original Boiler House building, home of the iconic Turbine Hall, and the newer Switch House to mark the occasion. The biggest event is the opening of Yayoi Kusama: Infinity Mirrored Rooms. It will feature one of the Japanese artist’s biggest installations. It’s been so hotly anticipated that it’s already selling out fast. But it’s on until 29 November so you’ll have plenty of chances to see it later in the year. Dream of visiting her home turf some day? Check out our introduction to the Yayoi Kusama Museum on Tokyo Cheapo.

There’s plenty of other things to see and do on the day. Visitors can follow a train of 20 pairs of artworks from Tate Modern’s collection across the museum. Arachnophobes be advised that includes Maman, Louise Bourgeois’ giant spider. It was the first major installation that ‘greeted’ the first guests to The Turbine Hall. Coincidentally, that’s a another Tokyo favourite—a similar Bourgeois spider also looms reassuringly above the plaza at Roppongi Hills.

Other highlights include performances such as Nedko Solakov’s A Life (Black & White). Here, two workers paint the walls black and white in turn in an endless cycle, and archive of Tate Modern’s story and development.

Head to the Blavatnik Building to discover what goes on behind-the-scenes at one of the world’s most famous galleries. Over at Tate Exchange, artist Tim Etchells will be giving an interactive performance. Plus, there will be free 10-minute staff talks throughout the Tate Modern.

The museum is free to enter, so you can just drop in on the day for most of the events listed. That excludes any special exhibitions. Exhibition tickets are £13.00 for adults, £12.00 concessions and £5.00 for 12-18-year-olds. Under 12s go for free (up to four per family adult) .

Getting to Tate Turns Twenty

The closest station is Blackfriars on the District and Circle Lines. It’s also very close to London Bridge on the Jubilee and Northern Line Bank Branch.