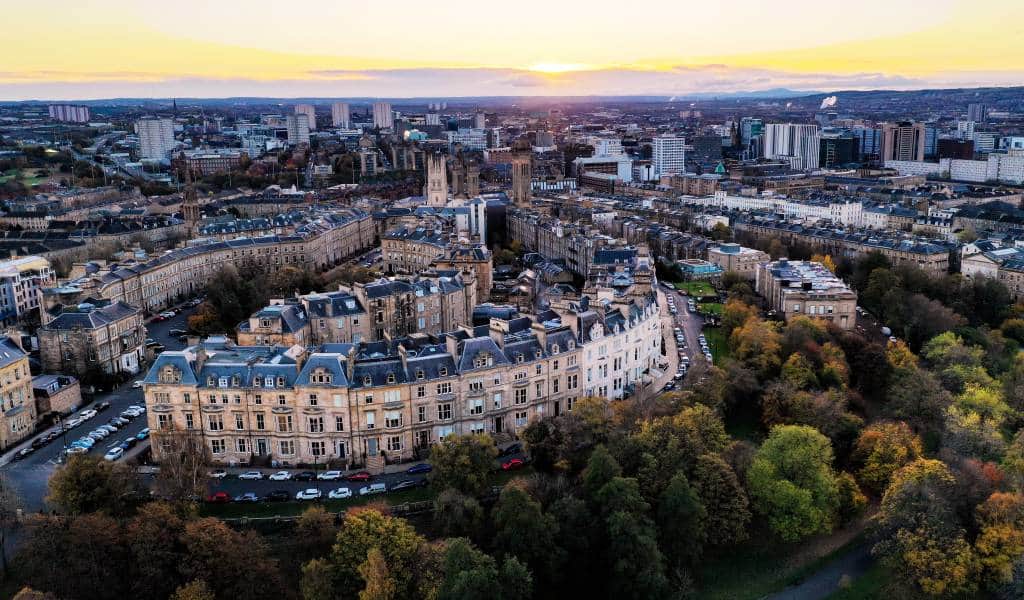 Off the Beaten Train Track: 5 Unconventional UK Cities for a Weekend Getaway

There’s every chance you won’t be popping on a flight for a quick European city break this year. But that doesn’t mean you can’t take on a jaunt in some of the nation’s more charming (and often underrated) cities. That’s why we’ve put together our favourite cities for UK weekend breaks.

We’ve avoided some of the more popular choices, which are likely to see the bulk of the local tourism (sorry Edinburgh, Oxford, York and Brighton). Instead, we’ve picked a handful of less-frequented cities with a lot to offer. They’re all within striking distance of London—usually on a direct train. Perfect for a long weekend break. With so many regional accents to enjoy, you might even feel like you’re heading abroad!

To the North: London to Kingston upon Hull

We told you it’d be an unconventional list. Better known simply as Hull, this city on the Yorkshire coast has taken its share of licks over the years. From the Blitz bombings of WW2 (the results of which can still be seen at the ruins of the picture house on Beverly Road), and the decline of the fishing trade, to a general attitude of contempt from much of the UK. But look past the tower blocks, run-down shops and dodgy reputation and you’ll find the city has plenty to keep you busy.

During the day, Hull offers heaps of museums and galleries, including the Streetlife Museum, Hands-on History Museum and Wilberforce House—birthplace of slavery reformist William Wilberforce. The massive aquarium, The Deep, is also well worth a visit. Failing that, there are plenty of cool buildings and gardens in the city centre to enjoy over an afternoon of shopping or wandering. Hull’s shopping scene is more on the high-street end of the spectrum, though there are a few unique shops, boutiques and markets around.

Worth special mention are Hull’s surviving Victorian public toilets. In particular, the toilets opposite the Minerva Pub are a fine porcelain relic of the golden age of public loos. Legend has it that the once lavish lavatories opposite the statue of King William III had live goldfish in the specially-designed glass urinal cisterns. Sadly, the listed building appears to be closed to the public. Good news for goldfish, we suppose.

Travelling from London to Hull by rail is easy enough, though you may need to change at Doncaster. All told the journey generally takes around 2 hours, 45 minutes. If you’re planning to drive, be prepared for tolls on Hull’s iconic Humber Bridge. Cars cost £1.50. Fortunately, they now accept contactless card payments, so you won’t need to worry about scrabbling together enough coins.

To the real North: London to Glasgow

While Scotland’s capital, Edinburgh, gets the bulk of the tourist bucks, there’s a good argument for crowning Glasgow as the nation’s (and perhaps even the UK’s) capital of culture.

You’ll be hard pushed to read a guide to Glasgow without seeing the word buzzing every few sentences (that’s it for us, promise). And that’s not without reason. There are booming shopping, nightlife and live performance scenes, along with dozens of galleries, museums and buildings of note—owing to the city’s long and storied history.

Add that to the area’s now legendarily friendly locals and you’ve got a good weekend waiting to happen. Whether you’re a foodie, a sports fan, a culture vulture or you just like a good night out, Glasgow has plenty to keep you busy.

The good news is that you can get a direct train out of Euston. Less exciting is the travel time—around 5 hours, 40 minutes. Be sure to bring a book (or audiobook) to pass the time. We can recommend Limmy’s Daft Wee Stories for a crash course in Glasgow patter.
Suggested Activity
3 Months of Free Revolut Premium Banking
From streamlined money management to travel perks and investments, Revolut Banking is easy to use, and you can open your account in an instant. Free £10 credit for London Cheapo readers.
Click here for details

In the midlands: London to Lincoln

Lincoln is most famous for architecture and a notoriously steep high street. The city is absolutely packed with heritage sites and historic buildings, including the medieval Bishop’s Palace, a castle and a stunning 11th-century cathedral, once the tallest building in the world. They’re all at the top of the aptly named “Steep Hill”, so bring comfortable shoes.

Many of Lincoln’s streets and alleyways are straight out of a postcard. While you won’t see it topping many lists of UK weekend breaks, it’s comfortably among our most picturesque cities, and well worth a trip. These days, Lincoln also has its fair share of independent businesses, including hip bars, restaurants and boutiquey fashion spots.

A direct LNER Train only takes around 2 hours. As with most Northbound trains, you’ll be departing from King’s Cross.

To the West: Cardiff

Cardiff also has lots to offer sports fans. For the adventurous, there are impressive climbing centres and a whitewater rafting venue. If you’re more the watching than doing type, you can catch rugby at the Millennium Stadium and Cardiff Arms Park. Both are rather handily just minutes from the station.

While east–west rail travel in the UK is usually a pain, Cardiff is mercifully well connected with London. From Paddington, you can reach the Welsh capital in as little as two hours.

To the East: Norwich

Norwich is the largest city in the county of Norfolk, described in cult favourite I’m Alan Partridge as “the rump of Britain”. It’s another city with a rich history and plenty of beautiful views—and was second in size only to London until the Industrial Revolution.

Despite the city’s long history of battles, rebellions and riots, many historical buildings are in great condition. These include the cathedral and a striking hilltop motte-and-bailey castle—as constructed by William the Conqueror.

Norwich is also surrounded by quaint seaside towns, so it’s a good home base if you’re dreaming of striking out in search of fish and chips on the pier. And as a thriving student city, there’s plenty in the way of affordable nightlife too. You can expect all the usual bars, pubs and clubs. If you really don’t fancy sleeping, be sure to visit the creepy Norwich Puppet Theatre for a good dose of nightmare fuel.

The fastest way to get from London to Norwich is usually via the direct Greater Anglia service from Liverpool Street Station, which takes just shy of two hours. You could also leave via Kings Cross, with a transfer at North Cambridge Station, which takes closer to 2 hours and 20 minutes.

Written by: Felix Wilson
Filed under: Getting Around | Things to Do
Tags:
Sharing