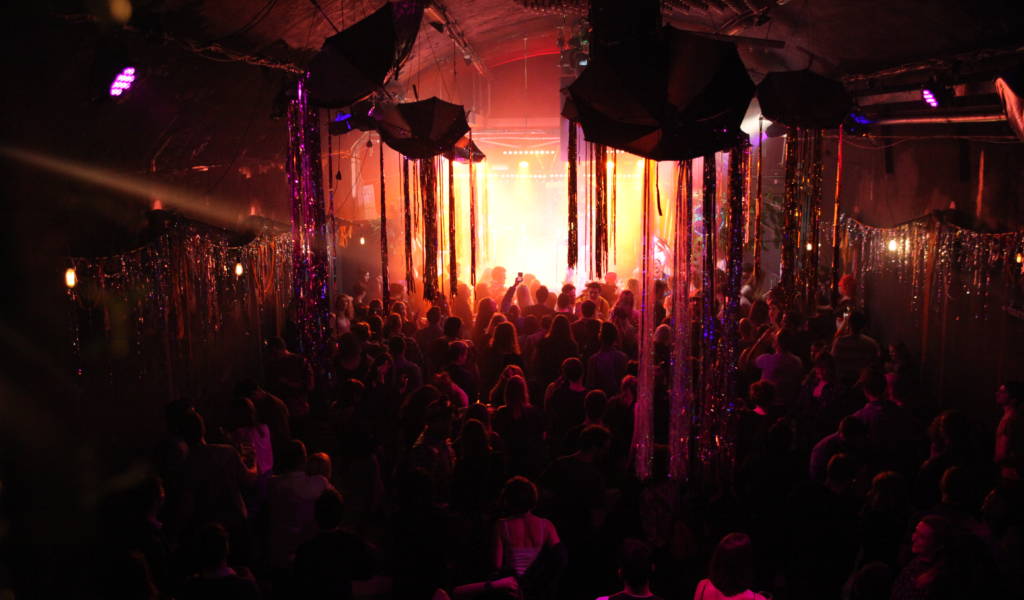 The Ultimate Guide to VAULT Festival 2020

Vault Festival returns in 2020 to liven up the cold winter months between January 28th and March 22nd. Named after the festival’s main venue, The Vaults on Leake Street, Waterloo, it’s London’s biggest annual arts festival. Last year was its most successful ever with over 79,0000 people coming to see over 400 shows. That took work from more than 2000 UK and international artists.

It’s one of biggest fringe festivals in the UK outside of The Edinburgh Festival. So you don’t have to wait until August or travel hundreds of miles to experience eight weeks of fringe and experimental theatre, comedy, acrobatics, spoken word, film screenings podcast recordings, cabaret, music and late events.

Unlike Edinburgh Fringe, VAULT Festival isn’t city-wide. You won’t have to dash across London to see lots of shows. All of the festival’s 18 venues are in the Waterloo area. Which means you can cut down on programme clashes and going back and forth on public transport.

The Main hub is The Vaults on Leake Street (which is actually a graffiti covered tunnel) just off Lower Marsh. Other participating venues include Network Theatre on Lower Road (follow their directions as it’s tricky to find). There will also be plenty going on at VAULTY Towers on Lower Marsh and new comedy venue The Cockatiel at Hello Darling on Waterloo Road, next to The Old Vic. There’ll be a smattering of pop-venues too.

What to see at VAULT Festival 2020

Diversity and sustainability are a big part of the 2020 event. VAULT Festival has teamed up with Staging Change, an organisation committed to promoting sustainable practices in theatre. To pick your perfect line-up use the official website below to filter by price point or category (theatre, cabaret, lates, mixed bill etc).

Some highlights to look forward to this year include:

There’s plenty to see throughout the festival, but in the first week you can check out, Santi & Naz. Playing at the Cage @ The Vaults from Jan 29th–Feb 2nd, it’s a story of female friendship threatened by the partition of India, and the drastic action they take to avoid separation.

Passion on the Night Tube

Interacting with other humans on public transport late at night is enough to break most Londoners into a cold sweat. But for writer-director Tony Tang it’s the subject of a play about connection in unlikely places. On at The Horse and Stables pub from Jan 29th–Feb 2nd is Passion on the Night Tube. It features Jimmy Wong as a gay Chinese man who becomes homeless and spends the weekend on the night tube.

Expect sketch comedy, improv and stand up throughout the VAULT Festival. Shows on during the early part of the festival include Lady Likes: Top Secret House Party! In the Studio @ The Vaults from January 29th–January 31st. There’s also Work in Progress from Zahra Barri (as featured on BBC iPlayer) on at The Cockatiel Club @ Hello Darling on January 31st. Then there’s improvised reality TV show I’m Not Here to Make Friends, on at Crypt @ The Vaults on February 5th-12th.

One of the longer-running highlights is The LOL Word Coming Out Special at Crescent @ The Vaults from January 31st–March 13th. Last year’s run sold out, so be quick if you want to catch their raucous one-hour show.

Stick around after hours for late night cabaret, parties and experimental performances. Climate activists, artists and performers invite you to The Underbar @ The VAULTs on 22nd for Extinction Underground where you can dance, play and find out more about Extinction Rebellion.

Catch acts from the graduating class of Soho Theatre’s Cabaret & Drag Lab on March 6th at Forge Lates at The VAULTs for a night of queer and fantasic performances. Be sure to stick around for the after party.

Tickets range from £7.50 to around £18.00 for individual shows. It’s worth checking out some of the festival offers too. Download the Stagedoor app to plan your festival experience and get 2-4-1 ticket offers on selected shows, and 10% of selected food and drinks too. These are limited though, so get in quick.

If you’re planning on seeing a lot of shows,you can also save 10% off every show by becoming a member for £35.00. Going with mates? You get 10% off for groups of 8 or more when you book together. You can also get £1.00 off the first two performances of any show that’s on for 5 nights or more.

One major bonus of the VAULT Festival is that it doesn’t take place during peak season. So if you’re visiting London during that time, finding cheap accommodation should be fairly easy.

Your best bet is probably a hostel. In fact you can even book rooms at The Horse & Stables, one of the festival venues. That’s if it’s not already booked out by international cabaret troupes and out-of-town performers. There are mixed and single-sex dorms from £14.00 and private rooms from just £60.00.

Even if you’re not staying in the immediate area, transport links are great. Waterloo is in Zone 1 and is a suburban and regional trainline. You can also get trains and the DLR to Waterloo east, or the Underground on the Bakerloo, Northern and Jubilee lines. Southwark tube (Jubilee line) is also a short walk from most of the venues too.

And if you’re sticking around for a late show, the Night Tube runs on Friday and Saturday nights on the Northern Line (Charing Cross branch) and Jubilee lines. There are also plenty of buses from Waterloo too, for bonus top-deck sightseeing. 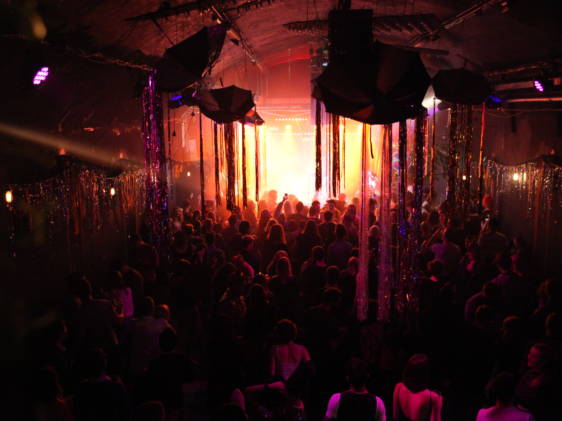