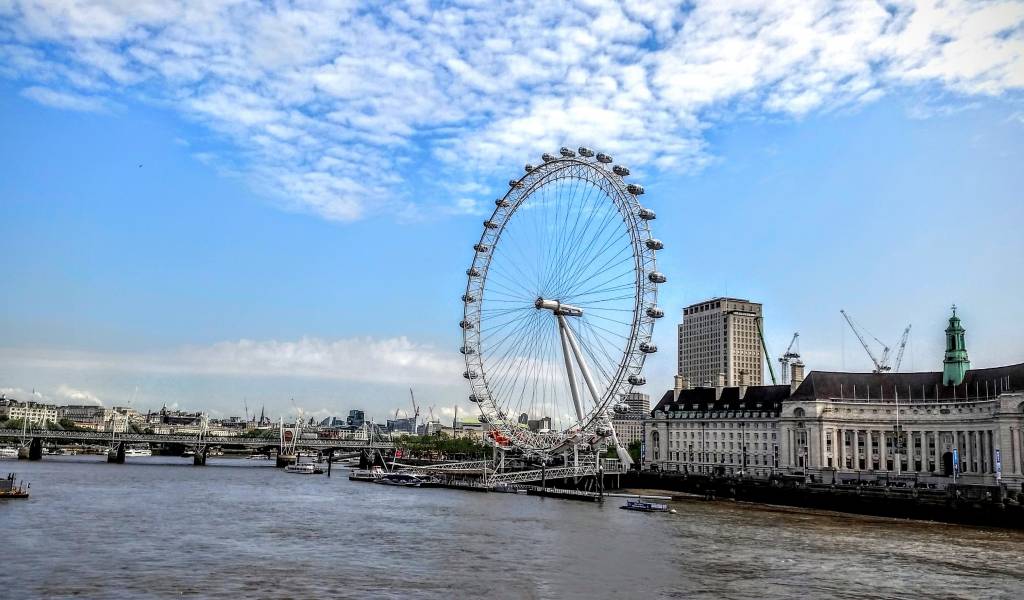 Ten Free and Cheap Things to Do in Waterloo

It may be best known as a busy commuter hub, but there are plenty of great things to do in Waterloo. From riverside city views to culture and hidden gems, here are 10 reasons to explore the Waterloo area.

Stroll along the South Bank

We could easily spend the whole piece on this area alone. The South Bank is a two-mile stretch of arts and culture venues, loved by Londoners and tourists alike. If you’re short on time, it’s worth taking a stroll to look at the skyline, Brutalist architecture and views across the river.

In the summer, head to the terrace in front of The Royal Festival Hall, or the rooftop at Queen Elizabeth Hall. In the winter, grab a hot drink and enjoy a festive stroll beneath the fairy lights. The South Bank is home to the South Bank Centre, BFI Southbank, Tate Modern and The National Theatre. You’ll also find frequent pop-up performances and free events happening in the area.

If you want an alternative to the chain eateries on the riverfront, head down the steps down the side of the Southbank Centre for the food market. We can vouch for the Dosas at Horn OK Please, an Indian veggie stall. Just follow your nose and take a wander to find loads of other delicious international dishes.

Stalls include Mauritian food at The Curry Shack, the Polish Deli, vegan Ethiopian food from Ethiopiques and eastern Mediterranean flavours from Arabica. You’ll also find plenty of sweet treats, like custard tarts and cakes (including dairy and gluten free). You can wash all that down with a visit to one of several drinks stalls, which sell everything from coffee and tea to beer, wine and cocktails.

It’s likely to be busy, so you might need to wait a few minutes if you’re looking for a table. It’s probably worth splitting up to reserve a spot if you’re with a group. Hungry for more? be sure to check out our London street food guide.

Keep walking along the South Bank until you reach Bankside and you’ll hit Tate Modern. It’s free to visit and worth going in even if just for the buildings themselves—especially since the expansion and opening of Switch House 2016. The Herzog de Meuron–designed building boasts a large twisted stairwell and sharp lines throughout. Plus, the modern layout means it can be busy without feeling cramped.

There’s a tonne of substance to go with the style. Wander through the light-filled spaces and make your way up to the panoramic view at the top of Switch House. You’ll see plenty of free collections on display—just don’t miss out on exploring the original building too! 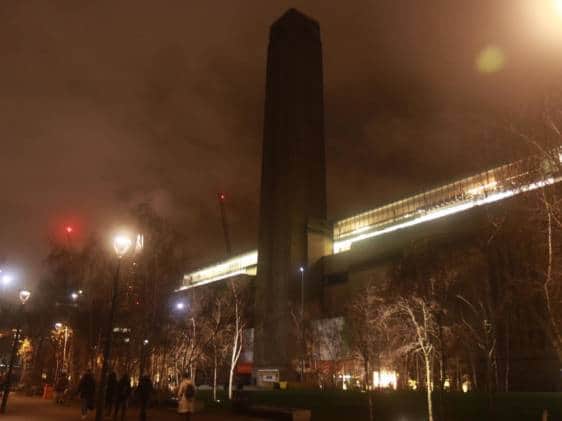 Get high on the London Eye

On a clear day (or even better, night), the massive wheel is a prime spot for sweeping views. It’s worth shopping around for ticket deals in advance, as it’s more expensive on the day.

The London Tour takes about 30 minutes, during which you should be able to see most of London’s most famous Landmarks. Keep an eye out for the Houses of Parliament, Big Ben, Westminster Abbey, The Tower of London, Tower Bridge St Paul’s Cathedral and Buckingham Palace.

Tickets to the London Eye are available as a bundle with 3–4 other attractions as part of London Turbo Pass or The London Pass. These schemes both allow free access to a huge range of attractions, and can save you a bundle if you’re planning a day (or for even better value, several days) of wall-to-wall sightseeing. Alternatively, given that a standard ticket for the London Eye is £27.00, getting a combo ticket with a river cruise for £34.00 is pretty decent value, and you get fast-track entry too.

Just under Waterloo Bridge on Queen’s Walk lies the Southbank Centre Book Market which has hundreds of second-hand books. These range from classic and contemporary fiction to non-fiction, maps, antique books, prints and comics.

The book market isn’t just one-of-a-kind in London. It’s one of the only permanent outdoor second-hand book markets in the south of England. The Bridge provides enough shelter that the book market can stay open come rain or shine.

Tucked away from the bustle of the South Bank is Gabriel’s Wharf, a small enclave of (mostly) independent shops, cafes, bars and restaurants. It’s particularly good on a sunny day, as there’s plenty of outdoor seating.

The colourful shop fronts and seafaring name give the place a distinct seaside town feel. You can also check out the woodwork art from sculptor Friedel Buecking, whose creations turn Gabriel’s Wharf into a mini sculpture park, filled with animals and interesting furniture.

Go underground at The Vaults

Sitting beneath Waterloo Station, The Vaults is literally and figuratively home to underground culture in the area. It’s an arts venue and theatre that shows immersive, experimental and alternative programming and runs an annual festival every January to March.

Enter via the graffiti-covered railway passage on Leake Street to discover a maze-like series of cavernous spaces, filled with bright lights and outlandish décor. The Vaults play host to jazz nights, art classes, immersive performances and all kinds of other weird and interesting events.

Sip drinks and overload your senses at Vaulty Towers

Back on ground level, and across from leak street on Lower Marsh you’ll find Vaulty Towers. Its a bonkers-looking boozer that is owned by good people behind the Vaults. It’s an explosion of maximalism and kitsch, festooned with giant lips and treehouses.

The sign above the door promises “Fun Fun Fun”. If that doesn’t convince you, the solid selection of cocktails might.

Hang out at the Scootercaffè

London doesn’t have much in the way of night time café culture compared with other European cities, but that is very much the vibe at Scootercaffè.

It’s a friendly hangout day or night, with a roaming cat, and little garden where you can order coffee and cake or something stronger from the bar. Vintage furniture, old posters and old Scooter memorabilia adorn the walls (natch). Downstairs has more of a late-night basement feel, with candles and fairy lights.

Watch theatre at The Cut

The Cut is home to both The Old Vic and Young Vic theatres. Plays from both can sell out fast, and often transfer to the West End, so get in fast. The likes of Gillian Anderson and Wendell Pierce have performed at these theatres in the past few years. What’s more, despite having some of the hottest tickets in town, both venues have limited discount ticket offers.

The Old Vic offers £10.00 preview tickets, which are released five weeks before the opening night of the show. Over at The Young Vic, you can take your chance with £10.00 ‘Lucky Dip’ standing tickets (the luck part is you can nab a seat if one is spare on the night) or enter the £5.00 preview lottery. You can also keep a look out for £10.00 rush tickets which are usually released on Thursdays before noon for The Old Vic.