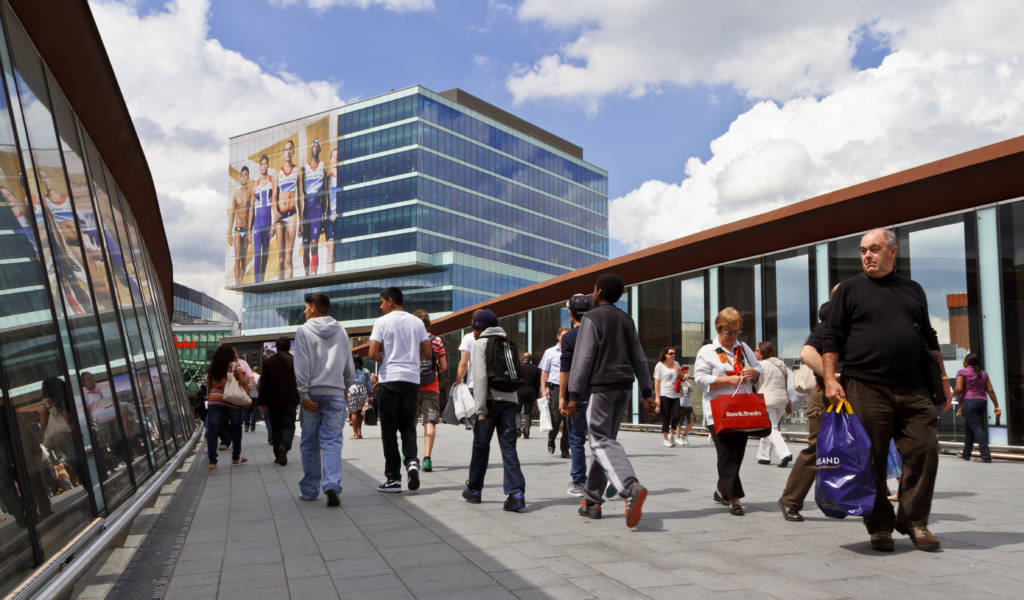 Now most famous for being at the heart of the 2012 London Olympics, Stratford has undergone massive change in the past few years. The Queen Elizabeth Olympic Park is free to visit and worth a walk to take in the immaculate parkland and waterways and see the iconic sports venues. You can take a dip the famous Aquatics Centre designed by Zaha Hadid and book an off-peak session for under a fiver. There is a programme of sporting events all year round, as well as charity fun runs and bike racing. Aside from sporting events The Park is also a concert and conference venue

Other than sporting legacy, the other main redevelopment is the enormous Westfield Stratford City one of Europe’s biggest shopping centres. But if you want to escape the high street chains, head upwards to Roof East a multi-storey car park venue for great city views, hula fit classes, crazy golf and film nights.

For something closer to the pre-regeneration Stratford, visit King Edward VII (Or King Eddie’s as it’s known) which is a traditional London boozer with open fires and pub grub. Visit the 19th Century venue Theatre Royal Stratford East on Gerry Raffles Square with its bright red facade and grand old interior. It hosts theatre, comedy and dance performances for less than you can expect to pay in the West End. There are often free events in the Theatre Workshop Bar, which serves award-winning Caribbean food. The Cultural Quarter is also home to Gerry’s Kitchen, a cafe with rehearsal and performance space as well as Picturehouse Cinema and Stratford Circus Arts Centre

All Articles about Stratford

Things To Do in Stratford