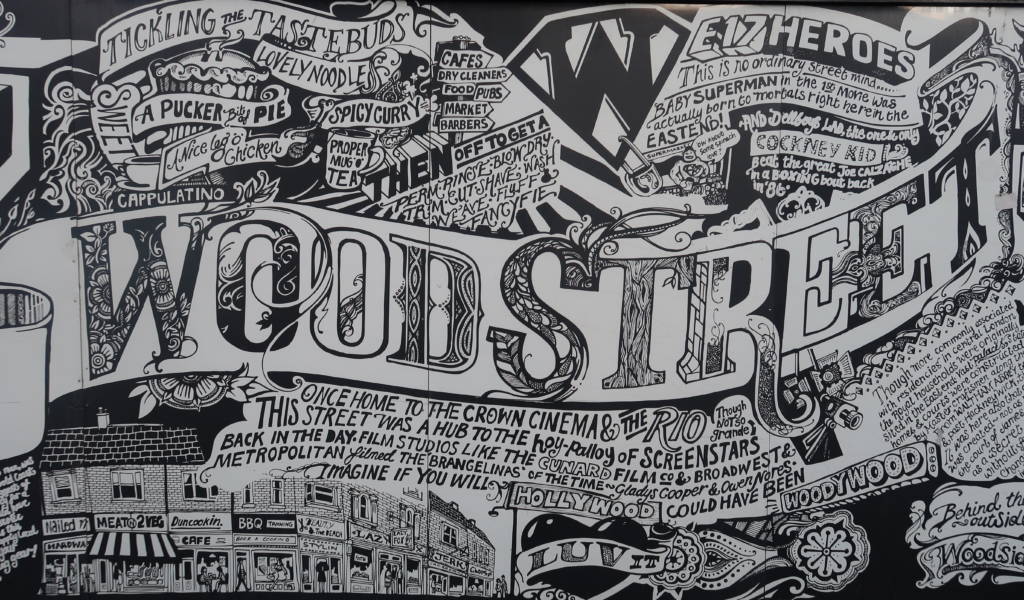 Unique London Tours: Six Ways to See the City From a Different Perspective

Whether you’re living in London or just visiting, stepping out of your comfort zone and into parts unknown is no easy feat. So here are five easy London tours that’ll help you pick a new area of the city and explore without feeling like an aimless vagabond, drifting along on the breeze.

Tour some of London’s most distinctive street art

The most obvious place to start a street art tour is around Brick Lane–with Shoreditch, Spitalfields, Hoxton and Hackney all in close proximity. The area is so packed with decent unlicensed artwork that you could more or less throw a rock in any direction and you’ll hit either a mural or somebody painting one. Want some expert analysis and details about the artists as you explore? At £18.00 a pop for two and half hours, you might want to shell out for a well rated guided tour.

There’s also a fantastic street art trail in Walthamstow, organised by Wood Street Walls. Check their E17 tour map for a detailed route. Visit in the first two weeks of June each year for new works, guided tours and other events. While you’re in the area, check by God’s Own Junkyard for some neon madness.

While east London is best known for its street art chops, there are plenty of other hot spots to check out. Most notably, Brixton has a well-established street art scene, with murals hidden in every nook and cranny. TFL have a pretty decent map to get you started. There’s also the famous memorial mural for music legend David Bowie, who was born and raised in the area.

Want to see London without the crowds? It doesn’t get much less crowded than the Thames. At around £20.50 for 24 hours, the hop-on sightseeing cruise is a cost-effective way to check out the city from an unusual vantage point—especially if you’re just in it for the big tourist attractions. You can hop on and off at Westminster, the London Eye, the Tower of London and Greenwich. That means plenty of opportunities to alight and tick off something from your tourist bucket list (or you can just stay sat down and listen to the audio commentary, we won’t judge).

If you want to make a day of it, start at Westminster Pier and follow the cruise all the way to Greenwich. It’s an under-appreciated gem with plenty to do. If you fancy keeping up the nautical theme, you can visit the Cutty Sark, the world’s only surviving tea clipper (though it’s more famous these days as a whisky brand). Or if you’d rather get above sea-level, the observatory and theplanetarium are well worth the price of admission, and the views from the hill it sits on are fantastic.

Since British pubs and bars rarely have cover charges, stumbling between them has been a popular way to explore London as far back as anyone cares to remember.

There are a few ways to figure out what kind of pub crawl you fancy. First up, you can pick a neighbourhood and then decide your pubs. Whether you’re looking for cobbled side streets, canalside walks or hipster dens, our area guides are a good place to start looking.

Alternatively, you can start with historically important or famous pubs then find a nearby string of others. Fancy checking out the pub where the Kray twins murdered a guy in plain sight? Head for the Blind Beggar in Whitechapel. George Orwell’s perfect pub? Stop by the Compton Arms in Islington. London’s oldest (allegedly) pub? Head to the Spaniards in Hampstead (and don’t miss the views of the city while you’re there).

If you’re not into setting up your own pub crawl (or you’re new to London and don’t have a crowd to join you), there are plenty of pre-organised pub crawls to try out. This historic pub crawl costs £25.00 lasts two hours with a local city guide, plus a complimentary half pint. It’s also a good way to meet new people. Word of warning though—it’s definitely more a lively party vibe than a fact-filled tour of London’s best boozers.

Suggested Activity
Cheapest Way to Transfer Your Money Out of the UK
One of the cheapest and easiest ways to send money internationally from the UK is TransferWise, tried and tested by our Cheapo team. It's fast and reliable. ...
Click here for details

Take a tour of your local street market

Let’s face it, England has a pretty poor reputation when it comes to food (perhaps undeservedly, these days). But as one of the most diverse cities in the world, London is an absolute powerhouse when it comes to international cuisine—especially when it comes to street food. That makes touring the city’s food every bit as rewarding as its streets.

The legendary Borough Market is an obvious choice, but there are dozens of others to check out in every corner of the city. From new hipster popups and artisanal fare to traditional Sunday stalls and markets with deep roots in immigrant communities. Check out our street food market guide for more inspiration.

It’ll come as no surprise to movie buffs that London has a whole heap of silver screen credits. If any of your favourite films took place in London (and often even if they didn’t) there’s a good chance you can tour the sets yourself for free. If you’re looking for a little inspiration to get you started, check out our guides to Stanley Kubrick, Harry Potter and British Horror.

Get a bird’s-eye view

Want to see all there is to see in the shortest time possible? London is lucky enough to have several protected views—preserving its iconic skyline from multiple angles. So you can look down from on high as the city centre sprawls around you, or gaze from across the Thames at the city from a distance. See our guide to London’s best views for the cheapest ways to see London from up on high.

This post was originally published in October 2019. Last updated: February 2021.