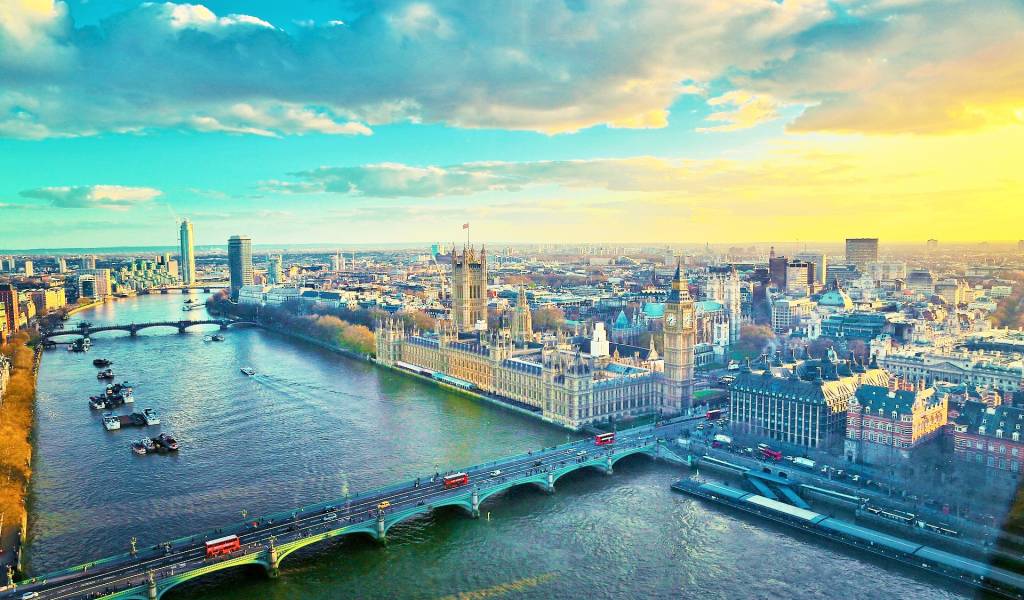 There are few cities in the world that look quite so alluring as London from above. The river Thames, the site of many famous historic events, winds its way through a mishmash of highly recognisable regions, from the greenery of the west, to the tradition of Westminster, to the gleaming City and finally out past the centre of time at Greenwich and the capitalist mecca that is Canary Wharf. The obvious choice is to head to The View at the Shard. But that sure can take a bite out of your bank account, at a hefty price of £27.00 (book in advance for slightly cheaper tickets). So, for all you Cheapos out there, here’s a selection the best views in London that offer both spectacular vistas and irresistible value.

Starting from the North, at 98m high, Parliament Hill is one of the highest natural points in London, and thankfully it also offers a completely free and uninterrupted view of the capital. Perfect! Especially as you won’t have to walk very far to get there—it’s just a short (10 minutes) and shallow incline away from Hampstead Heath Station (on the Overground).

As you reach the summit (if you can call it that), the whole of London opens up before you and your eyes will feast upon such jewels as Canary Wharf, the controversial cityscape of the Square Mile, the towering Shard (wave to those chumps spending £25.00 looking back at you), St Paul’s Cathedral and the London Eye. Even the rolling hills of the Kent countryside can be seen in the distance on a clear day.

This viewpoint holds a special place in my heart. It’s perhaps the only ugly legacy (in a charming kinda way) left by the 2012 Olympics. Hey, we Brits love an underdog.

Situated in pride of place in the Queen Elizabeth Olympic Park, right next to the stadium that was home to Jess Ennis’, Greg Rutherford’s and Mo Farah’s golden heroics on Super Saturday, this monumental sculpture was designed by Anish Kapoor and is the tallest in Great Britain, at 114m.

As of 2016, the tower is also home to (allegedly) the world’s longest and tallest tunnel slide. Access to the slide costs around a fiver more than a regular ticket. Booking in advance is cheaper than turning up on the day by about a quid. Be sure to decide whether you just want to take in the view or ride the slide before you book. For a decidedly un-cheapo £85.00 you can also abseil down the side of the tower.

Back in 2011, East Londoners began to notice three mysterious white columns rising up from the banks of the Thames, close to the former the Millennium Dome. It turned out that this was the beginning of the audacious construction of a cable car running from North Greenwich to the little known Royal Victoria station on the Docklands Light Railway (DLR). It’s all part of the East London regeneration grand plan. Today it’s the tallest river crossing in London (90m) and affords fantastic views of said Dome, Canary Wharf and the river Thames extending into the Estuary to the East.

It’s very much a part of the Transport for London system, so a single journey (on your Oyster card) is only £3.50. An absolute bargain considering you’ll be soaring above the Thames for a full six minutes. That could be longer if you’re lucky/unlucky (depending on your tolerance of windy conditions). Just remember to keep an ear out for the fascinating commentary on the history of the area as your eyes goggle out towards the horizon. Opening times vary by season, so be sure to check before you go.

Suggested Activity
Save money on your monthly mobile bill, transfer to Voxi
VOXI offers a contract-free, rolling monthly deal with "endless social media", allowing unlimited use of social apps without touching your data. Their mobile plans with generous data allowance start from only £10 per month.
Click here for details

Much has been written about the “Walkie Talkie”—or as I call it “the sore thumb”. The building, designed by Rafael Viñoly, seems to split opinion. Some say it’s an engineering marvel, given that the summit of the structure is wider than it’s base. Others see it as a symbol of the City’s debilitating greed, again given that the summit of the structure (and more expensive floorspace) is wider than its base. The building is just as notable for melting cars and creating gale force winds at street level. Being atop such a wrathful entity makes it all the more special when you conquer the 35 floors and perch high up at it’s zenith.

In a nod to the growing public discomfort with exclusive ‘private member’ skyscrapers, the designers have carved out an atrium, three storeys high, and let landscape architects loose with the interior. The result is a stunning cascading green space highlighted by soft lighting and interspersed with modern dining and drinking spaces. Visitors can amble around the gardens and observe London in every direction and in all its glory. There’s even an open air terrace for an uninterrupted view of the river and the southern half of the capital, but alas it closes at 6:00pm.

Unfortunately, it’s not really possible to head up to level 35 on a whim, as a visit requires a booking through their website. Dates become available three weeks in advance, and you’ll have to be quick because the best times are snapped up rapidly.

To beat the rush, book a reservation in the evening at the Sky Pod Bar for free. To make it extra special, find out the time of the sunset and aim to nab a slot just beforehand. You’ll have to purchase a drink of course, but beers are only £5.00 so it won’t be the end of the world for your bank manager (cocktails, although very tasty and rather fancy, are north of £10.00). 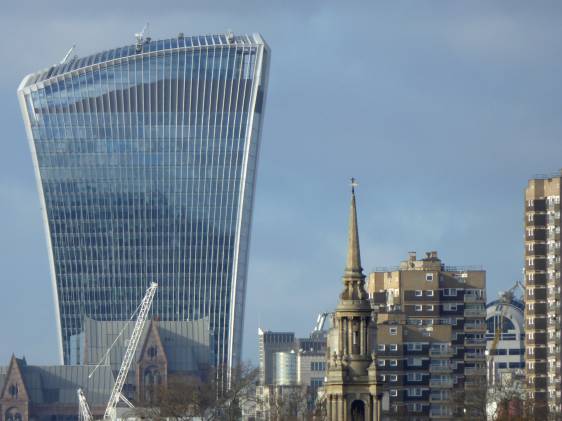 This is a view on a par with that from Parliament Hill on Hampstead Heath, except a little further away. It’s close to the highest point in Richmond Park, and offers a panorama of London from over 10 miles out.

What it loses in distance, it makes up for in beauty and historical significance. The beauty comes from the almost wilderness-like quality of the park itself—a rarity the in chaos of urban London. This is created by the wide open spaces and herds of deer roaming the rolling hills. The historical significance comes from three stories in particular. One is a prehistoric likelihood, one is likely a myth, and one is most certainly the truth.

The first comes from academics, who believe the mound was once a Bronze Age burial chamber, used as an outpost for hunting and falconry.

The second comes later on in history. The hill has often been attributed to the story that King Henry VIII once stood here and awaited a rocket to be fired from the Tower of London . This signified the execution of his second wife, Anne Boleyn. Despite the name given to the summit, this is now widely seen as folklore.

The third is the most relevant to us: the view from this ridge, towards St. Paul’s cathedral, is protected. This restriction is honoured in the near-distance, by landscapers sculpting the trees to reveal the glory of the cathedral’s famous dome. It’s also upheld in the far-distance by a ban on the development of new buildings that might obscure Christopher Wren’s famous structure.

The Monument, although standing at 62m tall, is sadly disappearing amongst a crowd of glass giants in the City of London, but it still affords a damn decent view from the top.

Its significance though, surpasses the size of all those clinical buildings put together. It was designed by Sir Christopher Wren and Robert Hooke to commemorate the Great Fire of London of 1666. Presently located just outside Monument Station, it was constructed on the site of the first church to be destroyed by the fire. It’s exactly 62m from the source of the inferno in Pudding Lane.

Remarkably, the column served as a scientific instrument for pendulum and barometric pressure studies, and was also intended for use as a telescope. It was additionally installed with a panoramic camera system in 2009. Unsurprisingly, this monument to old London doesn’t have an elevator. So you’ll need to take the 311 narrow steps up if you plan to reach the top.