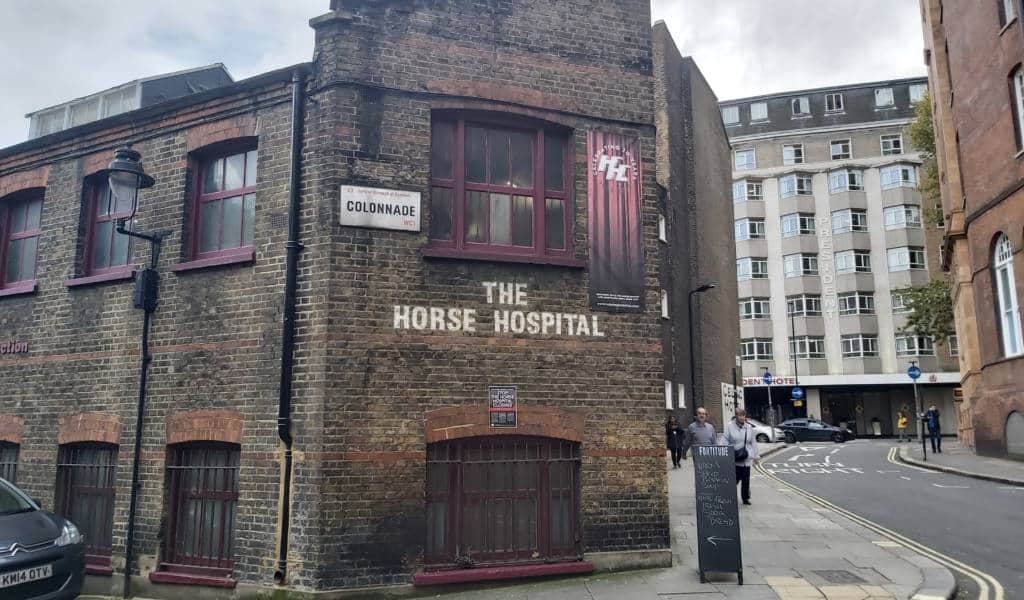 Bloomsbury is one of central London’s “hidden treasures”. Unlike nearby Covent Garden and Tottenham Court Road, it’s rarely crowded, so there’s plenty of space for leisurely exploring. It’s a quiet corner of WC1 with a rich history in arts, politics, education, science and medicine.

You could easily spend an afternoon on a literary and architectural trail around Bloomsbury’s well-known sights. In plain view are pretty squares, and architecture from Georgian townhouses and Brutalist Grade II listed Brunswick Centre to Art Deco landmark Senate House. But there’s a lot of hidden gems and lesser-known spots in the area.

First: Getting to Bloomsbury

When to go to Bloomsbury

Bloomsbury is a delight at any time, but you’ll want to avoid Russell Square Station at rush hour. That’s when you’re most likely to run into large tour groups.

Bloomsbury is a lot more fun to walk around when you know even a little about the people that came before you. The name Bloomsbury is first noted in 1201, when Norman landowner William De Blemond acquired the land. By the end of the 14th century, King Edward III took over old Bill’s manor and gave it over to some monks. Back then the area was largely rural.

In the 17th century, when Henry VIII had had quite enough of monasteries, the area went back to the crown. By the early 1660s, Henry VIII granted it to Thomas Wriothesley, 1st Earl of Southampton. He (or presumably his indentured servants) developed what later became Bloomsbury Square.

Most of the significant development in Bloomsbury happened during the 18th century, including the establishment of The Foundling Hospital and children’s home and the public opening of The British Museum in 1759.

Charles Dickens lived and worked in the area during the 19th century. And the early 20th century was the era of The Bloomsbury Set—a loose collective of neighbouring artists, writers, critics and economists. These included the writer Virginia Woolf, her sister the painter Vanessa Bell, and novelist E.M. Forster. The area is packed with blue plaques to its famous former residents. You can check them on this handy map if you fancy finding them.

The area is home to the British Museum and a bunch of universities. These include University College London (UCL), SOAS, RADA, and the London School of Hygiene and Tropical Medicine. Of course, there’s also Great Ormond Street Children’s Hospital.

A lot of these buildings aren’t open to the public (apart from limited areas and events like Open House London). but there are also smaller museums and libraries to explore. Brunei Gallery is free to visit. It’s tucked inside the School of African and Oriental Studies building on Thornhaugh Street. If it’s a sunny day, head to the Japanese roof garden.

Over on Russell Square you can visit The Wiener Holocaust Library for free. And it’s a short walk over to Brunswick Square to find out about London’s abandoned children and how they were cared for, at The Foundling Museum.

Take a peek at Charles Dickens’ former home at Doughty Street, which is now a museum. It’s also one of the few places in London open on Christmas Day. Which seems decidedly at odds with the saccharine message of A Christmas Carol. Admission is just shy of a tenner. We reckon that’s a fair exchange for a snoop around Dickens’ desk and dining room, among other personal objects.

48 Doughty Street, London WC1N 2LX
020 7405 2127
The Museum is open Tuesday to Sunday from 10am until 5pm. Last admission is at 4pm. We are closed on Mondays except for Bank Holidays. Once a month we are open until 8pm with last admission at 7pm
Read more

Counter culture at The Horse Hospital in Bloomsbury

Tucked around the corner from Russell Square tube, the Horse Hospital is a Grade II listed building. As the name suggests, it used to be a stable for sick horses (owned by London cabbies in the 18th century). It’s been an underground, experimental arts venue since the early 90s. Today you’ll find cult film screenings, magic and the occult events, exhibitions and Avant Garde performances including the Psychic Communities programme.

Like most arts venues, rising rents are putting the squeeze on, and it’s currently under threat of closure if a fair rental agreement can’t be made, so pop in while you can. And spread the word if you’re into it.

The Brunswick Centre isn’t exactly a hidden gem, it’s large estate and shopping area, but it’s worth a visit for the architecture. It’s also home to the Curzon Bloomsbury, where you can catch documentaries for £5.00 at Bertha Doc house on weekdays.

If you want to escape the chain shops, head to Skoob Books. Follow the inviting window and entrance display of classic fiction titles. You’ll be lured down the steps, where you can browse used and second-hand books in cosy nooks. There’s even a small piano down there.

Slip out of the Brunswick Centre and on to Marchmont Street. Look up and you’ll catch a row of blue plaques. Dedications include actor Kenneth Williams and artist John Skinner Prout.

Most London pavements are spattered with chewing gum and bird poo, but take a look down on this street and you’ll see something special. The paving stones have small metal objects embedded in the paving slabs. These are Foundling tokens, which are a tribute to some of the objects mothers left when circumstances meant they had to leave their children in the care of the Foundling Hospital.

The street is also filled with cosy cafés like Fork Deli Patisserie, Alara Health Store and Moredish Café Deli. Has a trip to Skoob got you in the mood for more book-browsing? Then pop into independent LGBTQ+ bookshop Gay’s the Word and The School of Life.

Take some time out in one of the many squares

Once you’ve pounded the pavement for a while, wander to one of the pretty green squares for coffee sipping and sitting.

Brunswick Square is a small, leafy plaza, mentioned in Jane Austen’s Emma. Around the corner, Tavistock Square Gardens is bigger and has more to look at. You can visit sculptures of Mahatma Ghandi, Virginia Woolf and Louisa Aldrich-Blake. One of the biggest is Russell Square Gardens. It’s home to Caffè Tropea Italian Kitchen, topiary, flower beds, a fountain and a tiny hotel for insects.

Eat, drink and shop on one of London’s most independent streets

The oddly-named but charming Lamb’s Conduit Street is fiercely independent. While the likes of Costa and other high-street chains have pitched up in the area, local businesses and residents have fought to keep them out; they even saw off Starbucks. So it’s a good place to end your Bloomsbury wandering, particularly if you’re in search of refreshment.

Wander down to pick up groceries from The People’s Supermarket, eat classic Italian food at Ciao Bella or have wine and cheese at Noble Rot. For caffeine and sweet treats, check out Tutti’s, Knockbox Coffee, Redemption Roasters or Conduit Coffee House.

There are some decent old boozers here too. If you want an old-school pub where you can have a proper conversation, head to the The Lamb, a small Victorian pub with a no-music policy. Lamb’s Conduit Street is also home to The Perseverance, which serves pizza and bar snacks.

Looking for more secret spots? Be sure to check out our guides to Tower Hamlets Cemetery and Trinity Buoy Wharf. Or if you’re looking for somewhere to chill, try our articles on hidden bars and tucked-away gardens.

While we do our best to ensure it’s correct, information is subject to change. Post first published in November, 2019. Last updated in August, 2020.