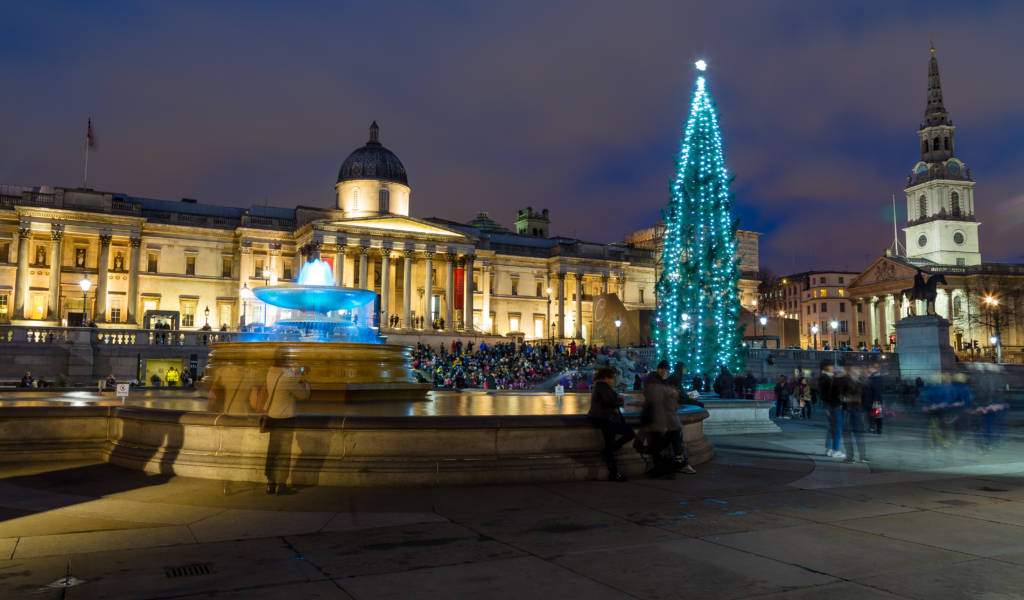 Spending Christmas in London: What to Do and How to Get Around

There’s usually a mass exodus in the last few days before Christmas. Tube stations become bearable even during rush hour. In fact, there can be an almost eerie stillness in the city on the day itself. Spending Christmas in London on vacation or sticking around for festive staycation, you’ll want to know where to eat, how to get around and what’s on.

Getting around London on Christmas Day

The most essential piece of knowledge is that there will be no public transport running in London on Christmas Day at all. That’s right, no tubes, no Overground, no buses, no trams or DLR.

If you’re planning on spending the day with friends or loved ones across town, plan your options in advance. You can hire bikes from Santander cycles, electric bikes from JUMP and Lime. Though if you’re carrying lots or planning on a boozy day, walking might be safer.

Black cabs will charge an additional £4.00 per journey, and ride apps like Bolt and Kapten are likely to be steep on the day. So pre-book a licensed mini cab in advance to keep costs reasonable if you’re spending Christmas in London.

Things to do on Christmas day

You could take advantage of the quiet city streets and walk off some of your Christmas Day lunch by wandering around central London and gaze up at the sparkling lights and take pics without getting elbowed in the face. If you fancy a bit more greenery, London’s Royal Parks including Green Park, Hyde Park, Regent’s Park and Kensington Gardens will be open too.

And if you happen to be in Hyde Park for a stroll, be sure to check out the Serpentine. Here you can watch swimmers taking a chilly dip in the annual Peter Pan cup at 9 am.

Follow in the footsteps of London literary icons Samuel Pepys and Charles Dickens by joining two-hour themed walks led by London Walks at 11 am (Pepys) and 2 pm (Dickens) at Trafalgar Square, tickets cost £10.00 and you don’t need to pre-book.

Alternatively, you can take a leisurely cruise along the Thames with Golden Tours for £21.00. You can see landmarks like Big Ben and the Houses of Parliament, St Paul’s Cathedral and the London Eye. Naturally you can also indulge in mulled wine and mince pies.

Golden Tours are also running 24-hour hop-on, hop-off tours across London for some classic sightseeing without the traffic. Tickets cost £42.00 and will see through to Boxing Day.

For something a little more active, get your skates on at JW3 ice rink in West Hampstead. Tickets cost £17.00.

Giving your time over Christmas

If you have a bit of time to spare over Christmas, or you’re sick of leftovers and playing remote control wars with loved ones, there are plenty of places to volunteer over the festive period, including on the day itself.

Winter shelters all over London are always looking for volunteers over Christmas. These include six centres run by Crisis, Hackney Winter Night Shelter, the Shelter from the Storm homeless centre in Islington and The Whitechapel Mission.

Christmas can be pretty lonely, even if you do have a roof over your head, especially for older people. But Community Christmas helps connect them to local volunteer lunches. Check the website for local events that might appreciate some extra help.

Where to eat Christmas lunch in London

Eating a traditional three (or in some cases, five) course Christmas lunch in London is pretty pricey. Most restaurants will be charging between £80.00–£150.00 per head (here’s hoping most of that price hike is going to staff members). But, there are a few pubs and restaurants where you get a festive fayre from between £30.00 and £65.00.

This restaurant is part of Karma Sanctum Soho. So it’s classy joint that isn’t charging crazy money for a Christmas feast, which includes veggie or pescatarian options and a £15.00 bottomless Prosecco offer. Cheers to that.

For cosy pub vibes, head to The Mulberry Bush on Upper Ground just behind the South Bank for a three course Christmas Day menu. The menu includes Turkey, Beef, a vegan Butternut squash wellington herb crusted Hake for mains. What’s more, you’re in the perfect spot for scenic stroll along the river once you’ve had your fill.

The Leman Street Tavern, Whitechapel ( £60.00 for three courses + a glass of Prosecco)

The east London Young’s pub is a modern, city pub that is normally the local for Aldgate East city workers. But you can probably bank on a different crowd assembled for Christmas lunch, where corporate speak is off the menu and suits are optional. It’s owned by the same brewery as The Mulberry Bush, but for some reason it’s £5.00 cheaper in this postcode.

Getting Christmas dins at the establishment of celebrated Italian chef Francesco Mazzei for a less than princely sum sounds sweet to us. It’s one of the few places to have a dedicated vegetarian Christmas menu too, which costs £10.00 less than the traditional meat eaters’ menu.

For more veggie and vegan options, try places like the The Tower Tandoori in Bermondsey and The Famous Curry Bazaar, Brick Lane. Alternatively, head on over to Chinatown.There are plenty of restaurants open, including Far East, Hung’s, Plum Valley and Rasa Sayeng. If you’re north of the river, there are a few Kosher restaurants open too. These include Sami’s (Golders Green, Hendon and Edgeware), Delicatessen in Hampstead, and Zest at JW3, in Finchley Road.

Need to get out of the house? The period between Boxing Day and New Year’s Eve can be a bit of a sluggish time. But there’s a few things going on during these ‘Betwixtmas’ days.

Pay a visit to some of London’s Winter Festivals, go for a skate in one of the many pop-up ice rinks, like the Natural History Museum and Somerset House. Craving some culture? West End Theatres will be open from Boxing Day. And museums like Tate Modern, Tate Britain, Barbican and V&A will reopen from 27 December.

If you want to reconnect with nature, head to London Wetland Centre in Barnes or Kew Gardens to see the illuminations. They’re close to each other too, so you could do both in a day.

And if you’re still stuck for NYE plans, check out where to see fireworks for free and where to have a New Year’s blowout without blowing your budget.