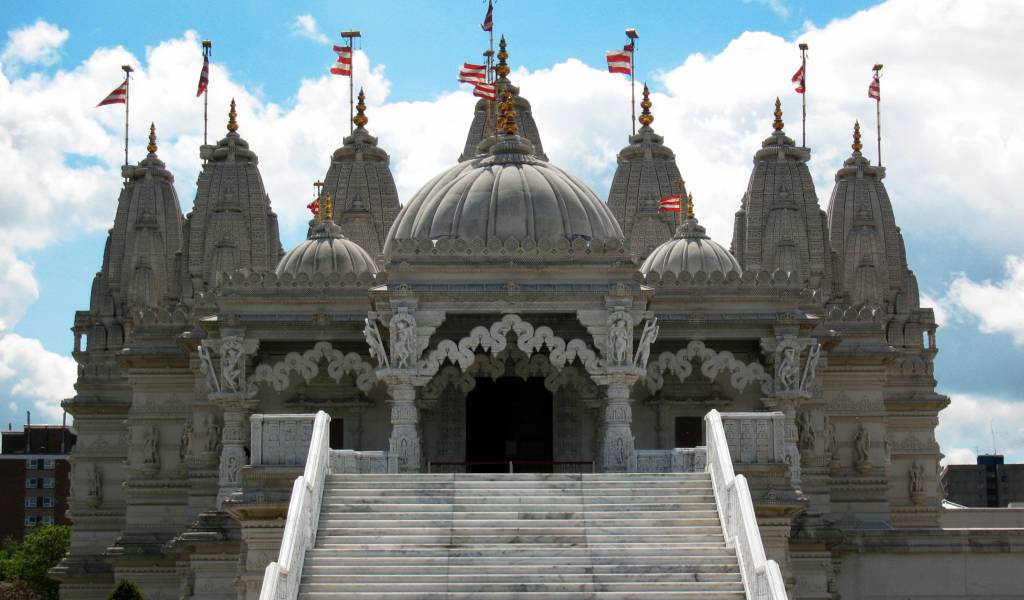 You may not be able to see the wonders of the world for a while, but how about a staycation exploring the worldly wonders that exist in our fair city instead? There is more to London tourism than Buckingham Palace, museums and Oxford Street. Not that experiencing these places don’t have their place (except, perhaps Oxford Street), but even the born-Londoner hasn’t ‘seen it all’.

In fact, London’s architecture, venues and outdoor spaces are a portal to far-off lands (and times!) to give you a sense of global adventure close to home. Venture beyond Zone 2, and it is possible to see wildlife outside of the zoo, visit shrines and temples, wander through tropical plantlife and magical caves, check out vineyards—and you can even go to the beach!  So swap your passport for an Oyster Card and prepare to go around the world in 80 postcodes … sort of.

Important: As part of COVID-19 prevention measures, you may need to book your visits in advance. Check the official websites for the following places for more information.

Just beyond the bustle of Hammersmith, in sleepy Barnes is the London Wetland Centre. Okay, it may not compare with the plains of the Serengeti, but it is a conservation charity (part of The Wildfowl and Wetlands Trust) where you can see wild birds, lizards and grass snakes. Some of the UK’s most important wildlife experts including Sir David Attenborough and Chris Packham are advocates for the place.

A little further out is Kew Gardens, the world’s largest botanic gardens, where you can experience rain forests, Asian forests, and North American woodlands.

The Victorian glass structure Palm House is the most iconic part of the site. Inside, you can see a tropical array of rare plants from Africa, Asia and the Pacific—navigate your way past cocoa plants, papaya plants, rubber plants and much more natural splendour.

In the gardens themselves, free from the great glass greenhouses, take a walk through the bamboo garden to see over 1000 bamboo species from China, Japan, the Himalayas and America, and visit Minka House, a traditional Japanese farmhouse.

Experience nature from North America at Redwood Grove, home to the towering coastal redwood and giant redwood and the park’s tallest tree, which stands at an impressive 39.3 metres high.

Getting there: By rail from Waterloo or Clapham Junction, or 10 minutes on a bus from Hammersmith.
Cost: £13.40 / £11.36 Concession (65+, disabled, full-time student and unemployed)

Getting there: District Line or Overground to Kew Gardens, or trains from Waterloo, Vauxhall or Clapham Junction to Kew Bridge.
Cost: £16.50

Head to the Surrey suburbs to explore a crystal grotto, a gothic tower and follies at Painshill Park. It is possible to lose a whole day at this park, which has far more magical features than its name suggests. These include 18th-century follies The Ruined Abbey, Turkish Tent, Gothic Temple and Gothic Tower, and a vineyard (producing its own sparkling wine, as well as Chardonnay and Seyval Blanc hybrids).

But the real wonder is to be found at the crystal grotto, a shimmering restored grotto, one of the few of its kind in this country, filled with hundreds of thousands of crystals including calcite, gypsum, quartz, and fluorite.

Getting there: Waterloo or Vauxhall to Cobham & Stoke d’Abernon.
Cost: £9

Meanwhile, suburban Kent in Zone 6 is home to Darwin Down House. The family home of Charles Darwin is also where he penned his seminal book ‘On the Origin of Species’, and you can take a look at his study and visit the gardens that he referred to as his ‘outdoor laboratory’.

Have a stroll down his ‘thinking path’ and see if you can feel your own mind cogs whirring, or just take in the impressive collection of carnivorous plants, and marvel at re-creations of 12 of his experiments.

Travel north-west for a passage to India

It may be a long way from South Asia, but Neasden is home to the largest Hindu temple outside India. The BAPS Shri Swaminarayan Mandir was built using traditional materials and methods, including 900 tonnes of Indian Ambaji marble. Over 5,000 tonnes of stone was hand-carved by more than 1,500 skilled artisans.

Marvel at the marble, look at handcrafted teak elephants, and learn about the religion and its traditions at the permanent ‘Understanding Hinduism’ exhibition.

Admission is free, and there are daily tours as well as opportunities to visit shrines and witness rituals including the arti ceremony, where candles are lit before sacred images, accompanied by musical prayers.

Before you visit, do read the guidelines and make sure you dress appropriately and remove your shoes inside the buildings.

Getting there: Jubilee line to Neasden.
Cost: Free

Relax in a Japanese garden in W11

All that walking takes its toll on the feet, so take it easy and enjoy a bit of peace and calm at the Kyoto Garden, which is part of Holland Park. Immaculately maintained, gifted and built by the Japanese, it will make you forget the commercial sprawl of the nearby Westfield mega mall. Stop and see the koi fish, roaming peacocks, bridge and a waterfall.

Getting there: Central Line to Holland Park.
Cost: Free

Head to the beach

Most Londoners head to parks on those precious, dwindling sunny days, but there are a few decent urban beaches too. Most of the time, these mean imported sand in unlikely places like Camden Roundhouse and Queen Elizabeth Olympic Park. There are a couple that feel slightly closer to real thing, though.

One of the most central beaches from London is the South Bank.

Getting there: Train/Underground – Waterloo or Embankment.

And further afield via the Central Line is …

Take trip on the Undergound to the outer reaches of west London and you’ll find Ruislip Lido, a 60-acre lake surrounded by sandy beaches, on the edge of a forest. You can almost kid yourself you’re on a northern European camping trip, apart from the climbing frames and ice-cream vans. It is even possible to go fishing from mid-June, but you need to have a licence.

The water is rather shallow, so it’s more about dipping your toes than going for a proper swim. The Lido also has its own steam trains ‘Mad Bess’ and ‘Blanche’, which chug their way around the lake and through the ancient Ruislip Woods.

Getting there: Underground to Ruislip (Metroolitan and Piccadilly Lines) then bus (bus stop B) H13 bus from Ruislip station.
Cost: Lido entrance is free, the steam train costs £3.50.

Or rather, Crystal Palace, which is home to a big park filled with sculptural dinosaurs. These ones will not chase you round an abandoned canteen or take the roof of a toilet, but they are pretty big and worth a look for a stone-based tribute to these prehistoric creatures.

If you’re wondering why they look a little unusual, that’s because they were modelled using fragmentary evidence available at the time (the 1850s), but they were the world’s first attempt to recreate life-size versions of the beasts. There is a massive hedgerow maze too, a proper one that you can’t see over, unless you’re very tall!

Getting there: By rail from London Bridge or Victoria  to Crystal Palace.
Cost: Free

While we do our best to ensure it’s correct, information is subject to change. Post first published in July, 2016. Last updated in July, 2020.