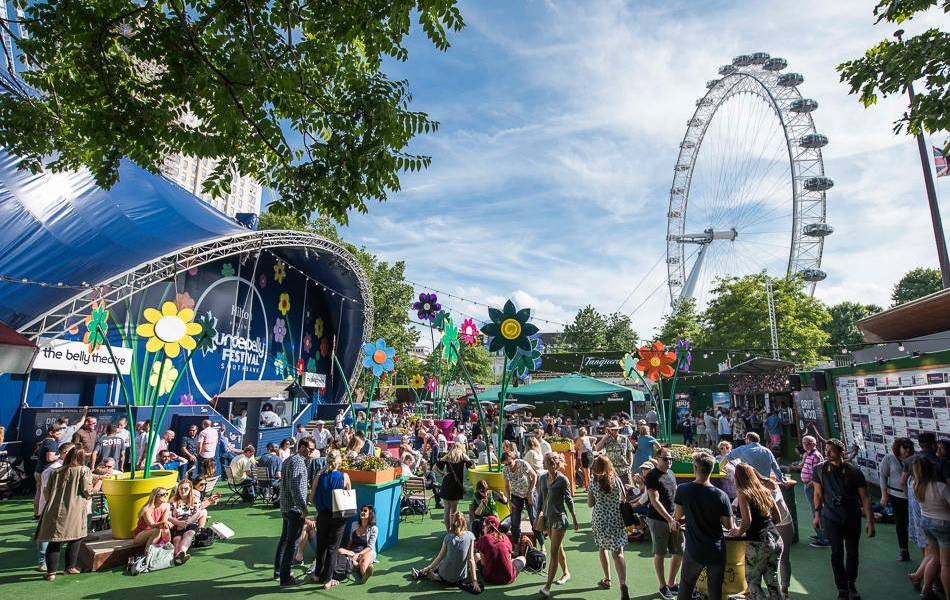 The Best Cheap and Free Festivals in London

Love festivals, but don’t fancy lugging a massive rucksack across the country to sleep in a leaky tent? Neither do we, but for those who want to get their summer fix of listening to music in the open air with the comfort of their own bed to return to, we salute you. London is full of brilliant, free and cheap music and arts festivals, so whether you’re after music or a flavour of Edinburgh fringe closer to home, you’re in luck. All the ticketed festivals in this round-up come in at under £100.00 for a weekend, which given that gigs at larger venues like Brixton Academy can go for well over £50.00 a pop – is a cheapo win.

One of the newer kids on the festival block, Wide Awake is a two-day music festival with an eclectic mix of Indie, Post-Punk, Electronica, Techno and Jazz. This year’s Friday line-up is more on the electronic music side of things with Bicep headlining as well as sets from Caribou, Call Super and Club Fitness. Primal Scream headline the Saturday and there will also be sets by Fat White Family, Amyl & The Sniffers, and Faye Webster. Billed by the organisers as a ‘party for people who care about music and more’, The festival also sets out a ‘positivity policy’ to reduce the environmental impact of music events and it certainly looks like they’ve done their homework. But you can check out the eco-loos, lack of single use plastics and biodegradeable stage effects for yourself.

If you’re still awake after Wide Awake, stick around Brockwell Park for City Splash. This bank holiday one-dayer is all about celebrating the influence of Caribbean and African music on British culture, so expect Reggae, Dancehall, and Afrobeats. The line-up of over 60 artists includes Barrington Levy, Sister Nancy and Mr Eaz,i and there is plenty of Caribbean street food on offer, thanks to Black Eats LDN. There will be over 40 vendors serving up everything from jerk chicken to vegan ital stew and there will be plenty of booze for sale too.

Visions has been a favourite on the London festival scene for a while. The one-day festival of underground music will be taking over multiple venues across Hackney including Oslo, Chats Palace, Hackney Church and Paper Dress Vintage. This year’s line up includes Aya, Black Country, New Road, Deathcrash, Lea Sen and Louis Culture. If one full-on day of venue hopping isn’t quite enough, grab a pass for the pre festival party the night before.

With one of the best views over London in the city, Alexandra Palace Park is a perfect urban festival venue. Kaleidoscope has been running for a couple of years as a one day music and arts festival that takes over the whole park, terrace and indoor spaces at Ally Pally. It’s like a mini-Latitude with the main music performances on the slope at the Hilltop Stage, DJ sets, food stalls on the terrace.

Like Latitude, it’s also a good festival to take kids to, with interactive theatre, workshops and storytelling and you can even explore the Palace’s secret Victorian Basements. All that before heading to the main stage for 90s rave vibes with the Happy Mondays and Orbital.

Also on the slopes of Alexandra Palace Park, Higher Ground is a brand-new one day boutique festival with Patti Smith headlining, Nadine Shah, Connie Constance and Spelling are also on the bill as well as DJ sets and indoor workshops. The full line-up is tbc, but if there will be plenty of street food and well stocked bars, we can say that.

London’s pop-up arts festival will be rolling into two venues this summer. The famous Spiegel tent will roll into Cavendish Square once more, and Underbelly has added a second big purple cow venue at Earl’s Court. It’s a place to enjoy comedy, cabare, circus acts, and theatre – like a slice of Edinburgh fringe without the travel or costs. Tickets are on the affordable end, ranging from around £12.00 to just over £30.00for bigger shows. The line-up includes genre-bending cabaret show La Clique, Comedy Club for Kids, The London Comedy Allstars, and circus act Bromance. Official Website

No festival round up would be complete without mentioning Notting Hill Carnival. After going online for two years due to the pandemic, carnival is back. It’s not just the biggest outdoor event in London, it’s the biggest street festival in Europe, and it’s been celebrating Caribbean heritage, culture and arts since 1966. Every August bank holiday, the streets of west London are filled with sound systems, food stalls as well as the colourful costumes and beautiful Mas, Soca and Calypso and Brazilian bands of the parades.

And to finish, here’s a list of some more arts festivals to add to your calender: