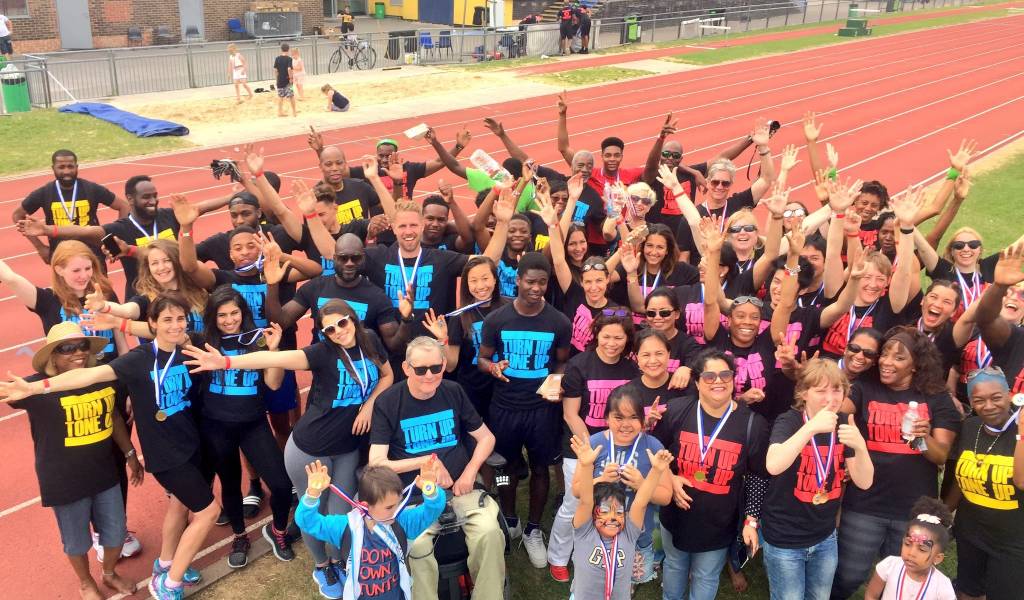 Pic: Our Parks used under CC

Get Outside and Get Fit for Free with Our Parks

London’s parks are regularly used as a free alternative to pricey gyms, but one man saw an opportunity to push getting fit for free even further. Born Barikor, CEO and founder of Our Parks, had an ambition to take outdoor exercise beyond static gym equipment, running tracks and friendly kick-abouts.

Our Parks works with local authorities to provide free exercise in parks across the capital, and parts of central Bedfordshire too. Groups of self-dubbed ‘Parkers’ gather across city boroughs to do anything from aerobics and circuit training to capoeira and parkour. We spoke to Born about what motivated him to get people fit, and how social media is helping get people off their screens and on their feet.

Can you tell us a bit about yourself, and what made you want to start Our Parks?

I used to be a personal trainer; I used to work for a leisure organisation as well. I would cycle 52 miles a day to work, because I couldn’t afford to get the train in. It was a time in my life when I couldn’t even afford to train at the gym I worked in, but I still went training in parks.

One of my local parks was going to close, they were going to use it for something else, and I thought “lots of people exercise in these parks” but there was no way of finding that out (regarding tracking usage). So, I had the idea to make an exercise class outdoors—which would not only be fully inclusive, and of a quality that would be as high as premier membership at a gym, but also accessible. We can track and tell the councils or whoever is funding it how many people are turning up, how active they were before they started the programme, and how active they have become as a result of coming on a regular basis.

How does it work?

We created a portal where you can sign up for free. We call our users ‘Parkers’, so you sign up to become a Parker and then book and turn up to your class. We have an instructor who has an app which taps you in to say that you’ve shown up, so we can run reports based on our mandate.

One of the things we do is target lots of deprived areas. So, we can say things like, “Out of the users that we had, 85 percent were inactive upon sign up, from this postcode and this ethnicity.  And as a consequence of them doing free exercise they’ve gone from 0 x 30 minutes a week to two or three x 30 minutes a week.”  For me, that was so powerful, because it means that in the future, they’re going to save a lot more on their health bill. It will lower obesity, create a better work-life balance and also the social mobility that we’ve seen with people meeting in the parks and talking to people which you don’t really do in a gym.

Our Parks is unusual in that it provides classes for all ages, so parents can bring a child over the age of the three along. Do you think that creating inclusivity is encouraging more people to sign up as well as the fact it’s free?

We know that one of the main barriers for parents is on a Saturday morning, they would love to go to the gym or a class, but they have childcare issues, and the gym won’t allow you to bring your kid along. Or if there’s a creche it’s usually full. So with this, you go to a park, and we’re creating an opportunity to exercise no matter what the conditions. We’ve gone from adults bringing kids, to kids classes as well, so you can ‘park’ from three upwards. We do a thing called ‘Superhero Fitness’ which is a superhero fitness gear session, bringing fun and inclusivity for kids between three and five—these guys fly!

Yeah, you’re more than welcome, the councils don’t mind if other boroughs’ Parkers come down. And on our website, there is a thing called ‘Help Us Grow’, so if they just let us know which park and borough you want to include. We’re always trying to pitch to new ones and the more interest we have from your borough, say we have x amount of people from your borough who would like to see a programme there, that does work as well.

Our Parks seems to offer a pretty diverse range of classes,  how do you decide what to add?

It’s based on the demographic of the park, and its users. So with capoeira, we asked how many people would be interested, and had a massive response so we put one on.  We do a thing called Boxing Yoga in  Hackney—even though the service is free, we always pride ourselves on new trends as well. It has to be as good as going to a big gym like Virgin Active.

What can you tell us about Our Parks, Your Business, and how is that having an impact on office workers?

If it’s in the office, people are more likely to take part in it. There have been studies to say if you do some exercise at lunchtime,  you’ll be more productive when you get back to your desk. That’s one way we pitch it to businesses. Hopefully, as a consequence, they’ll see fewer sick days!

You use social media a lot, and are very present in all the publicity for Our Parks. Do you think that  is important to build trust for people joining, because they see you taking part in activities?

We’ve grown so much through social media and user-generated content. Every session has photos which are shared. People see it and see that it’s a success, you see it with ParkRun as well. The community  has been so influential in getting behind it all, and the coaches do it because they see that impact.

The brands I love all have a human element; people don’t talk to logos! And that was the whole point, we wanted to make it real, so people know who they’re talking to. It’s very visual, we tweet photos and videos, we do a daily video sequence called Fit in 15.  We started doing a thing called the Free Fitness Show, and we even do Periscopes [ live video streaming by Twitter] so if you can’t make it a session you can still take part and do ten-minute workouts—that’s another way we engage with users and expand the reach.

Initiatives like Our Parks and Good Gym seem to be fostering a strong sense of community, as well as promoting fitness. Do you think that encourages more people to turn up regularly?

Yeah, Good Gym and ParkRun are good friends, and we meet up and go for runs and stuff. We all feel it’s empowering for communities in giving them a voice. I’ve always felt the most important part of this whole jigsaw is the user and whether it’s free or very low cost; I don’t think many people can keep up because their focus is on revenue. Our focus is on making a community happy, and making this sustainable through participation, a sense of community is one of the core drivers of our programme and will continue to be.

I know you were an advocate of the This Girl Can campaign. Do you see more women coming to Our Parks sessions since that initiative?

This Girl Can has been one of the best sporting campaigns I’ve seen, just because of the way it humanises exercise and the way in which we’ve seen females come down and get inspired. We humanised the brand from the start because we didn’t have any other option, without a marketing budget, so we use user-generated content from our Parkers. They have been fantastic, word of mouth is our biggest generator. 87% of our Parkers are female, which is great because when we set out, a lot of targets from local authorities were women and girls, to get them to do exercise after leaving school, and we’ve done it.

If you want to join the Parkers who #turnuptoneup, check out the list of participating boroughs and sign up to get fit for free at the Our Parks website.

Feeling inspired? Check out our other tips on Frugal Fitness.