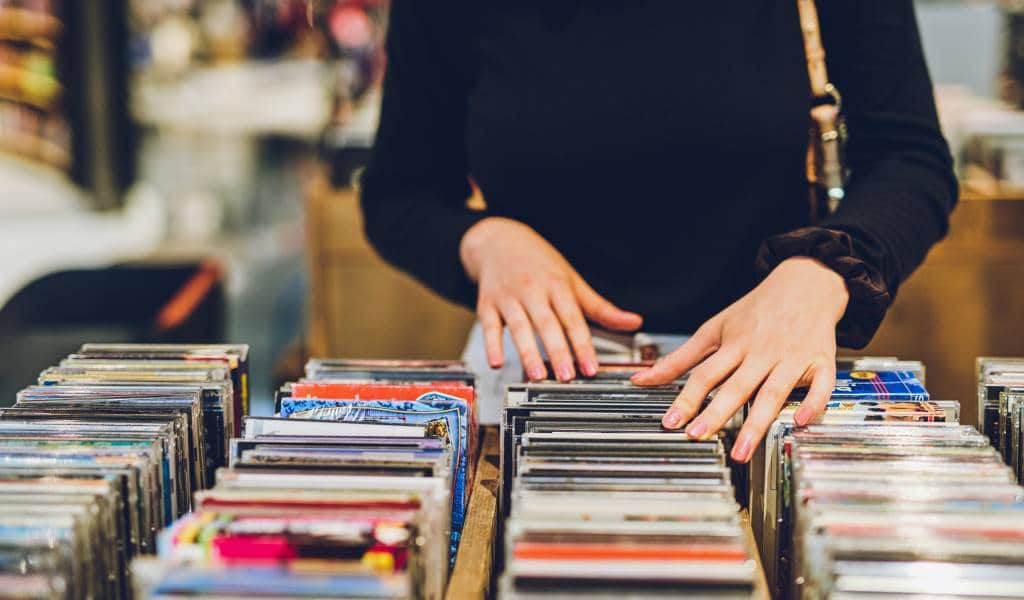 Where to Buy Vinyl in London

London has always been a crate digger’s paradise. But it’s not only long-time record collectors or DJs buying vinyl these days — records have had a huge resurgence in recent years. Data from Entertainment Retailers Association (ERA) shows that vinyl LPs have overtaken all physical entertainment formats, apart from Nintendo Switch games. Record shops culture is alive and well in London, bolstered by events like Record Store Day and the regular Independent Label Market. So whether you’re looking for somewhere to hang out and talk to fellow music-obsessives, seek out rarities or grab an LP by your new favourite band – here’s where to buy vinyl in London.

The streets of Soho are full of record shops, and you could easily do all your vinyl shopping in this neighbourhood, which was once known as the Golden Mile of record stores. Although a few have shut over the years, there is still no shortage of vinyl around these parts.

One of the most specialist shops is Phonica, on Poland Street, with a massive collection of electronic music. Loved by DJs including Four Tet and Floating Points, Phonica also hosts regular instore sets and Record Store Day parties as well as live streams. The shop even has its own record now, and you can pick up pretty much any genre or subgenre from deep house to drone and rare soul 7”s.

Sounds of the Universe, Soho (Jazz, Soul, and World Beats)

Another must-stop on the Soho record-shopping tour is Sounds of the Universe, which is also affiliated with the Soul Jazz Records label. It’s a large shop, where record collectors, DJs like Giles Peterson and musicians like Moodyman all dig for international sounds. Upstairs you’ll find new vinyl and CDs including grime, techno, funk and soul, and new wave cosmic disco. SOTU also has a massive selection of records from across Europe, Latin America and Africa. Head to the basement for second hand records, jazz deep cuts, and music books. Vinyl shopping is something to take your time over. So check out sounds on the listening posts, or chat to the staff if you want some help with your purchases.

Sounds of the Universe

Named after the Velvet Underground song, Sister Ray on Berwick Street has been a Soho institution since the 1980s. It has a large selection of new releases, rarities, film soundtracks and second hand vinyl at decent prices. The shop also participates in Record Store Day and covers genres from 60s pop to Thrash metal, with some more obscure and random cuts like football records thrown in for good measure.

With shops in three neighbourhoods, it’s fair to say that Flashback Records is a favourite among London’s vinyl collectors. Its flagship store on Essex Road in Islington has been open for over 20 years and spans two floors, and you can find new and second hand vinyl in all three shops. The Shoreditch store at the end of Brick Lane is the newest, and the Crouch End shop is a smaller, cosier neighbourhood store. You’ll find an eclectic collection in all three stores, from pop to avant garde and anything in between.

East Finchley might not be the coolest neighbourhood, but that makes a trip to Alan’s Records all the more special. People come specifically to crate dig in this neighbourhood record shop, including international record shoppers and musicians like Tyler the Creator and Thurston Moore. But it’s not just for serious muso time, the relaxed community atmosphere and bargain bin crates make it a great place to while away a Saturday afternoon. Once you’re done with record shipping, pop over the road to the excellent second hand bookshop Black Gull Books.

Rough Trade is both a record shop and a legendary indie record label which has been championing indie and underground music since 1976. There are three Rough Trade shops in London, the original, and the smallest in Rough Trade West in Ladbroke Grove, Rough Trade East off Brick Lane and Rough Trade Soho on Beak Street. You’ll find a broad range of vinyl in each, as well as books, t-shirts, music posters and stereo equipment. Rough Trade also hosts a regular programme of in-store gigs.

The last surviving London outpost of Fopp is a two-floor haven of physical media. As well as rows of vinyl, you can also find bargainous books, CDs and DVDs. Fopp is a great place to come for new releases and reissues, and each month the staff put together a list of its monthly picks. Low prices are at the heart of its offering, and one of the perks of new record releases is they often come with digital download codes.