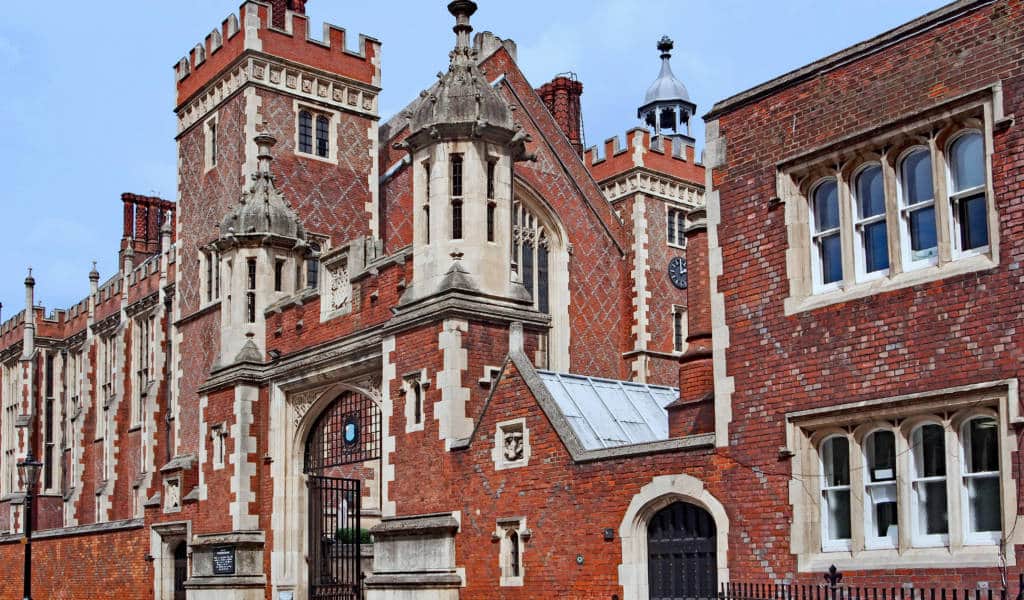 The city’s streets are filled with stories from its criminal past. So it’s no wonder there are so many crime films in London. We’ll guide you through locations from classic film noirs, to East End gangland territory and ill-fated heists.

Much of the film is set in the shady, lawless streets of old Soho. Run by underworld bosses, it’s a stark contrast to the way the area looks now. But take a walk down some of the side streets under the flickering lamplight to capture some of the film’s atmosphere. Be sure to check out our cheap and free guide to Soho for more to do while you’re in the area.

Fabian’s troubled night doesn’t just stop in Soho though. He’s also on the run through around Waterloo Bridge, Trafalgar Square and by the Thames in Hammersmith. Take in some of the sights from central to west London via more pleasant stroll along section one of the Jubilee Greenway.

Nicolas Roeg and Donald Cammel’s film features Mick Jagger taking a break from being a rock star by playing one. The performance is a hedonistic trip into the grimy side of swinging 60s London. East End gangster Chas (James Fox) gets in over his head and needs a place to lay low for a bit. He blags his way to keeping his head down round rock star Turner’s (Mick Jagger) gaff.

As a result, a lot of the second half of the film takes place and Turner’s bohemian pad at Powis Square, Notting Hill. If you want to find the infamous house, head to 25 Powis Square, W11 2AZ, just behind Portobello Road. The address on screen is 81, but there is no 81 Powis Square in Notting Hill. Powis Square was used for the exterior shots, but the interiors were shot in even plusher Knightsbridge.

Leave Notting Hill and head towards central London and you’ll hit Queen’s Gate Mews. It’s a rather lovely street in South Kensington where a chauffeur receives an unwanted haircut.

No crime film would be complete without the presence of the long arm of the law. Venture from west London towards east and you’ll hit the beautiful, old legal buildings of Lincoln’s Inn Fields and Inner Temple Gardens. The latter appears in a short scene with the lawyer. And unlike the other neighbourhoods featured, it’s remained pretty much unchanged over time.

Getting there: Start at Notting Hill Gate (Central Line) and head to Holborn for Inner Temple Gardens

Disturbances at the Docklands: The Long Good Friday (1979)

John MacKenzie’s British gangster film is also a fairly on-the-money vision of urban redevelopment. In this Quintessential London crime film, Cockney criminal boss Harrold Shand (Bob Hoskins) plans to become a legit businessman and transform the Docklands. He outlines a vision for the Docklands that has now been realised, decades before the Olympic stadium was built.

Of course, Shand’s plan doesn’t go his way. In short summary: despite some help from the American mob, he ends up in a gang war with the IRA who aren’t too pleased with Shand and co.

There’s explosive action all across London in The Long Good Friday, but the film’s heart is in east London and the pre-gentrified Docklands area.

One of the best ways to immerse yourself in locations from the film is by taking the Long Good Friday Revisited walking tour.

Tour Guide Rob Smith runs regular tours which start at Tower Hill and ends up at Canary Wharf featuring locations from key scenes like St Katherine Docks where Harold’s Yacht is moored. Walking tour tickets are a very reasonable £12.00 for two hours of film, historical and politial intrigue. Some of the places have changed beyond recognition and some haven’t. So it doubles as a historic walking tour, as well as film geek trip.

This 80s comedy crime caper involves a search for stolen diamonds across some of the city’s fanciest neighbourhoods. There’s no honour among these jewel-loving thieves though. The only man who knows where the loot has been stashed has been arrested.

So, animal-loving Ken (Michael Palin) and double crossing Americans Wanda (Jamie Lee Curtis) and Otto (Kevin Kline) dash all over town getting into ludicrous situations to get their hands on the shiny spoils with the help of posh, lovestruck barrister Archie (John Cleese).

For this guide, we’ll concentrate on the locations around east central London. Starting with Lincoln’s Inn, where the legal scenes were shot. Archie Leach’s office is at 2 New Square.

Get off at Holborn and take a wander down High Holborn. Turn off at a little ally called Great Turnstile (just before The Pendrell’s Oak Pub) to visit the barrister’s office and take a stroll around Lincoln’s Inn Fields.

Once you’re done there, keep walking down High Holborn towards Chancery Lane until you hit the scene of the heist. Hatton Garden is London’s jewellery district. It’s where four ageing burglars made off with almost £200.00 million from an underground safety deposit box in 2015.

That story is now the subject of three films. But back in A Fish Called Wanda, Wanda Gerswitz stakes out Diamond House at 36-38 Hatton Garden before the robbery.

Feeling hungry? Leather Lane market is a good stop off for a quick lunch before you head down to the last location. The getaway scenes were shot in around Clerkenwell Green and the very photogenic St John’s Gate, which dates back to 1504.

Getting there: Start at Holborn, Chancery Lane or Farringdon