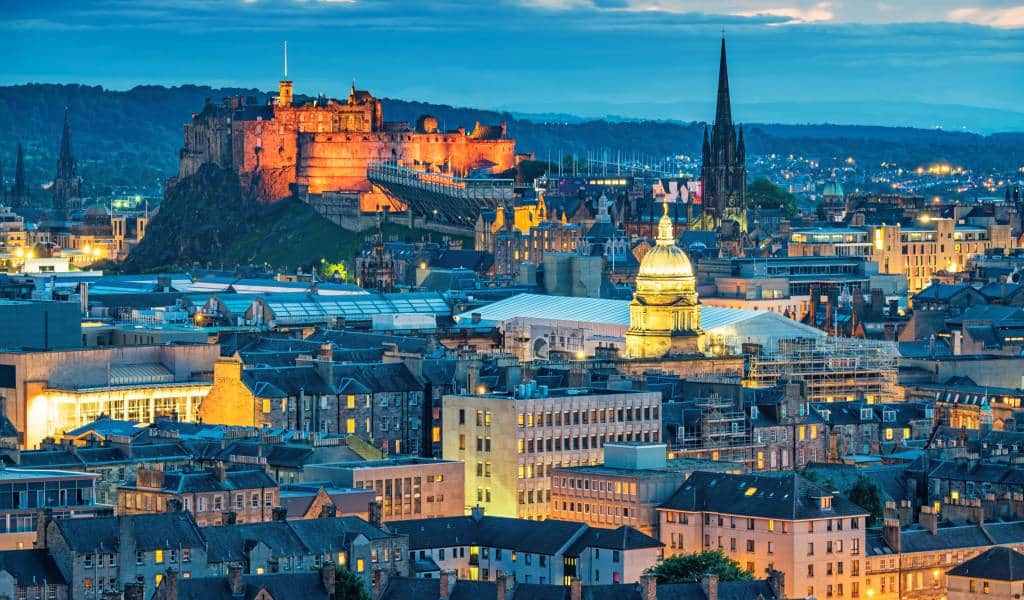 London to Edinburgh Festival Fringe: Everything You Need to Know

Even Londoners need to get out and explore culture outside of their city once in a while. The biggest draw is the Edinburgh Festival Fringe, which began as an alternative to the more classical arts programming of Edinburgh International Festival.

It’s the biggest arts festival in the world, which hosts over 3000 performances during the month of August every year. But unlike London, Edinburgh is a relatively small city. And during festival time close to 3 million people descend on the streets of ‘Auld Reekie’. That’s over 5 times the number of residents.

So, you’ll need to plan ahead. The sooner the better. From transport to late-night entertainment, we’ve got your trip from London to Edinburgh Fringe covered.

When is Edinburgh Festival Fringe 2020?

Dates for the 2020 Fringe are 7–31 August. The biggest (and busiest) weekend is usually the August Bank Holiday weekend, which is a national holiday towards the end of the month (although not in Scotland, which has a holiday earlier in the month). But for those planning time off work in London, it falls on Sat 29–Mon 31.

What are the best ways to travel to and from London to Edinburgh Fringe?

We’ve looked at land, air, rail and road and concluded that catching the train is the best option. But, once again. Booking ahead is key. Odds are you’ll be leaving from King’s Cross. Want to know all the options available to you? Check out our guide to cheap and easy travel from London to Edinburgh Fringe.

The full fringe programme will be available in June. You can filter by category and genre, venue, date and suitability. This year sees the return of Fringe regulars including stand up shows from Bridget Christie and David O’Doherty. There will also be Harry Potter based improv and all kinds of sketch comedy.

Keep checking the website for more updates and announcements, and download the Fringe app to plan your trip. But whether you’re open to surprises or have a geeky spreadsheet for your favourite shows, you’re going to need to pace yourself. Edinburgh Festival Fringe goes all day, and pretty much all night too, with late shows and late-opening bars.

Tickets for shows tend to be around £10.00–£16.00, and it can get pricey if you’re seeing several shows a day. But, there are plenty of ways to see lots on a budget. There are ticket offers on, including 2 for 1 on select shows, general concessions and group discounts for 10 or more people.

If you’re prepared to embrace some spontaneity, check out the Half Price Hut for half price tickets to shows on the day of a performance (or the following morning). Participating shows will be featured on the Fringe App too.

There is also a decent programme of free shows, where the performers have a bucket collection at the end, so chuck in a few quid if you do go.

Where to stay during Edinburgh Festival Fringe 2020

Finding available, affordable accommodation in Edinburgh during August is your biggest challenge. So get in as quickly as you can. Hotels book up incredibly quickly, especially budget ones like Yotel or Ibis.

Splitting the cost of a holiday let is probably your best bet for keeping costs down. Bear in mind a lot of those will be occupied by performers. So if you’re friends with any comedians, actors, mimes, poets and the like, see if they have a sofa to crash on in exchange for a bit of cash. Just don’t expect to get much sleep.

AirBnB also tends to book out fast too, particularly for the Bank Holiday Weekend. But, with a bit of flexibility on dates (and early booking), there are decent city centre flats and houses from £100.00–£200.00 per night.

We’re not going to lie, Edinburgh summers can be a rainy affair. But if you’re game, the Edinburgh Festival Campsite is a short shuttle bus ride away. You can bring your own tent from £16.00 a night. There are also pre-pitched options, including the ‘glamping’ option of a Bell Tent which is £80.00 per night (based on two people sharing).

And if you’re on a shoestring budget, but prefer the great indoors, you can sign up to Couchsurfing. Edinburgh has over 13,000 hosts in the Couchsurfing community, where people host guests for free (although gifting food and drink is good form). Just make sure to read the t’s and c’s and check out your host ahead of booking.

Written by: Becky Lima-Matthews
Becky's London favorites are: Kerbisher & Malt, 5 Cheap BYO Restaurants in London, Arancini Brothers
Filed under: Getting Around | Things to Do
Tags:
Sharing