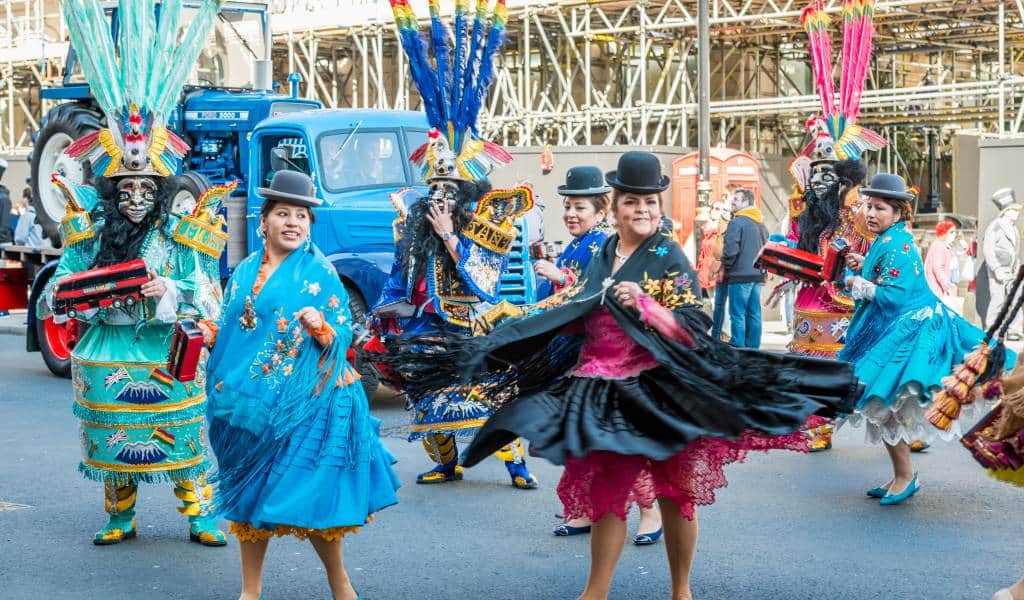 March should be putting a spring in your step: blue skies (sometimes), pancakes, daffodils and (slightly) longer evenings mean there’s more time and energy for all the great London events in March.

Women of the World Festival

Celebrating its 10th anniversary this year, this annual festival promotes gender equality and shouts out the achievements of women across the world. Using performances, workshops and debate, they explore barriers faced by women and have had speakers including Annie Lennox, Caitlin Moran and Malala Yousafzai in the past. There are some ticketed events and some free ones, so be sure to check the full schedule.

WOW – Women of the World Festival

A huge dance event with a wide range of styles and groups. As many as 30,000 people attended last year, making it one of the biggest London events in March. With workshops, performances and a chance to get on stage yourselves, this is the event of the season for dance enthusiasts.

One of the rowdiest days in the London events calendar, St Patrick’s day is now a weekend of green pints, green hats and green parades. There will be marching bands, floats and colourful performances along Piccadilly, ending in Trafalgar Square with a whole host of entertainment, food and of course, plenty of drink!

Head of the River Race

Watch as 400 crews of eight keen rowers compete along the Thames championship course on a Sunday afternoon. Started in 1926, there were initially only 21 crews from Cambridge and Tidesway but now teams travel from around the world to attend. The winners usually cross the finish line at Putney Bridge after about 20 minutes but the event as a whole takes around two hours.

Head of the River Race

If you prefer your wheels un-motorised, this is the event for you. Showcasing all the latest bikes and gadgets to go along with them, there will be talks from experts and riders alike. Browse the stalls, get tempted to trade in and learn a few things while you’re at it. The show is pairing up with the Triathalon show – so you never know what you’ll find yourself signing up for…

In Old Truman Brewery, your coffee loving dreams will come true—for four wonderful days, at least. There will be over 250 artisan coffee and food vendors there, serving up coffee cocktails and running workshops and demos. Tickets are cheaper online so plan ahead if you can!

One of Tokyo’s hottest indie bands comes to London for one night only. The band makes use a lead and bass shamisen (one of Japan’s most iconic traditional instruments), as well as a full drum set. It’s a regular tale of old meets new, where classical skills meet a punk aesthetic.

Science Museum London’s free GENDERS exhibit continues this month. It’s a beautiful mix of pieces, with artists from a diverse range of backgrounds. Several free events are also taking place throughout the month—so be sure to check in and join the conversation if you’ve a free afternoon.

Probably London’s biggest event for publishers, writers and creative pros of all kinds. The event is best known as a networking opportunity, and some of the industry’s biggest movers and shakers are set to attend.

The city’s biggest and best market dedicated to games and merch. Whether you’re into video games, board games or tabletop RPGs, you’re sure to find something of interest. Head along to bag a bargain (or just for the nostalgia)

A powerhouse of LGBTIQ+ film, BFI Flare returns for another triumphant season of movies and events. The festival celebrates queer cinema of all kinds, with brand new favourites and well-known classics taking to the screen.